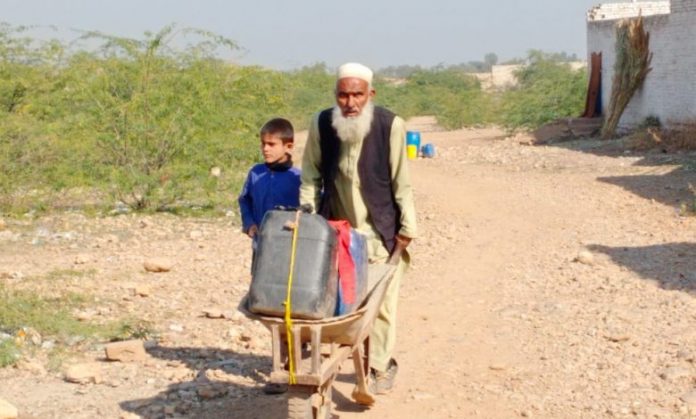 BARA: Due to shortage of water, the volunteers of Sepah Youth Organisation in Khyber tribal district are providing water in the areas inhabited by Sepah tribe through tankers.

Local sources said water supply has been blocked in Jhansi, Tandi Kandao, Dora and Sperah Jhansi due to ongoing cleanliness and repair work in the canal. Due to water blockage, thousands of residents of the area now don’t have the facility of clean drinking water. In the given situation, the volunteers of Sepah Youth Organisation, a welfare organisation in the area, are providing water through water tanks.

Sepah Youth Organisation volunteers say the underground water level in the area is very low and heavy machinery and huge funds are required to pump water. Due to lack of facilities, the area residents, including the elderly people and children, are compelled to fetch water from far off areas on their head or handcarts and donkey carts.

The local people said the canal from Sperah Dam has been blocked due to ongoing cleanliness and repair work due to which they are facing the problem of water shortage.

The people of Sheen Pokh area of Loe Shalman in Landikotal tehsil are also facing the problem of acute water shortage, while the concerned authorities have turned a blind eye towards the situation. 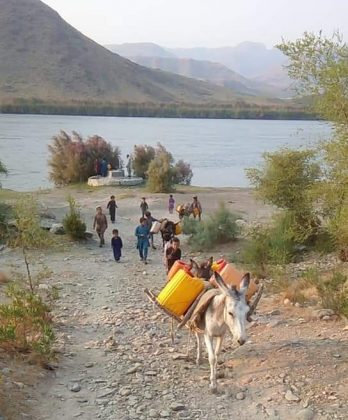 Liaquat Shalmani, a local resident along with some school students, said while talking to TNN that the area people are having tough time due to lack of basic facilities. He said the situation will go from bad to worse if the government did not take timely steps to resolve the issue.

The area residents said the main cause behind the water shortage is excessive and unannounced power load-shedding. They said some people had to even buy drinking water to meet their needs. The government has not initiated any project for water supply in the area situated along the bank of River Kabul.

People of the area demanded the elected representatives and officials to resolve this issue and get people rid of the difficult situation. They said if the situation remained the same then the area people will lose trust in the prevailing system.