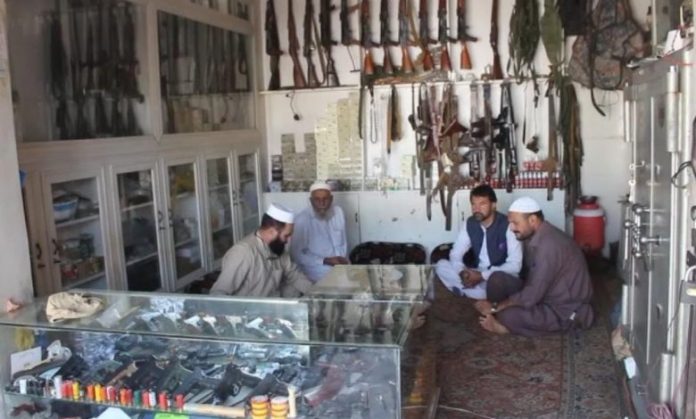 Besides bazaars of Pasht, Nawagai and Inayat Killay are also known for the arms trade. A large number of dealers in these markets deal in different types of arms and ammunition.

However, arms dealers in Bajaur claim that the recent events across the border in Afghanistan have caused their market to slump.

According to arms dealers, merger of tribal areas has also led to speculations about legal status of arms business.

A local arms trader in Khar Bazaar told TNN that the trade was still run on the basis of no objection certificates issued by the political agents of the past.

He said that he still has the old license which has not been renewed.

The dealer said that arms trade was a sensitive business and the situation of Fata, which has borne the brunt of terrorism, targeted killings and militancy, makes it more so. “These threats are still very much there,” he said.

On the other hand, post-merger, the law governing the region has changed. Besides, the administrative structure has also changed while the new administration has not renewed old agreements and licenses.

This has put question marks over the legal status of the business.

In the backdrop of the merger and current situation, one can rightly ask why this sensitive business is operating on the basis of old NOCs.

Besides, one can also ask if there is any legal status of the old NOCs and why this business is not being regularized.