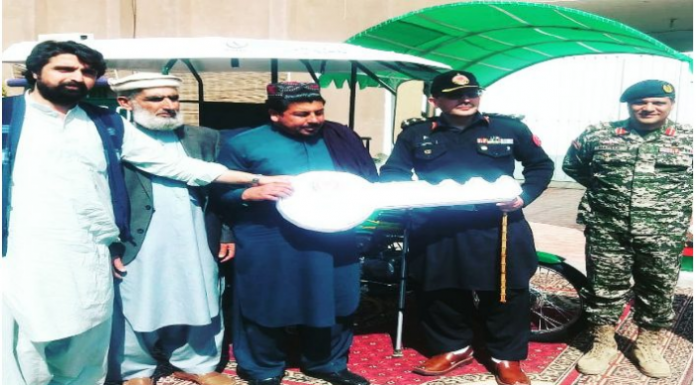 WANA: The Pakistan Army has arranged a source of income for a person from Tiarza area of South Waziristan tribal district who was rendered disabled in a UXO (unidentified explosive object) blast.

Brigadier Naiknam Muhammad Baig expressed sympathy with Ikhtiar Mehsud and provided him the rickshaw to enable him to earn livelihood for his family with honour and dignity.

Ikhtiar Mehsud thanked the Pakistan Army for supporting him in difficult time. He told media persons that he was going for cutting trees for domestic use in Khaisura area of Tiarza tehsil in December 2018 when he was hit by an explosive object. He said an artificial leg was also provided to him with the cooperation of the Pakistan Army after which he is able to walk now.
He said he was facing difficulties in life after the landmine blast incident. He hoped that his difficulties will reduce now and he will be able to earn livelihood with honour. 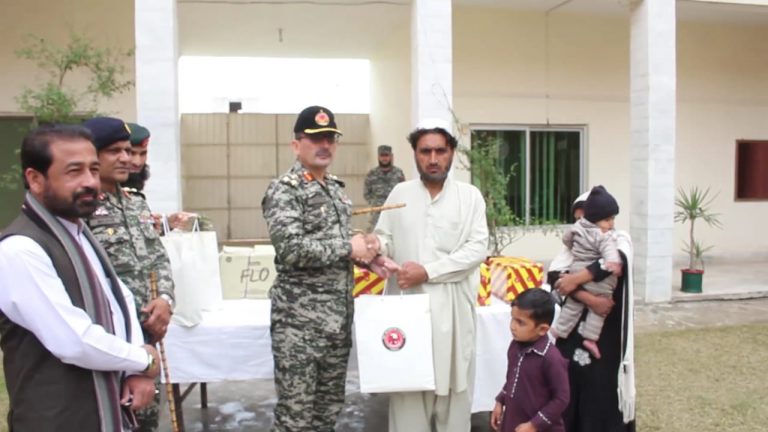 Sheraz Khan Mehsud thanked the military officers for extending help to him for treatment of his children. He said his son was ailing and he arranged for his surgery four time within his own meager resources. He said his daughter also had problem in her knee due to which she was unable to walk. He said he was compelled to appeal to well off people for help through the media after he spent everything he had on the treatment of his children.

Sheraz said Sector Commander Brigadier Nek Nam Beg and FC Commandant Manzai Colonel Mazhar took immediate notice of his problems and provided him cash and ration to help his family. He said he is extremely thankful to the Army for his timely help.