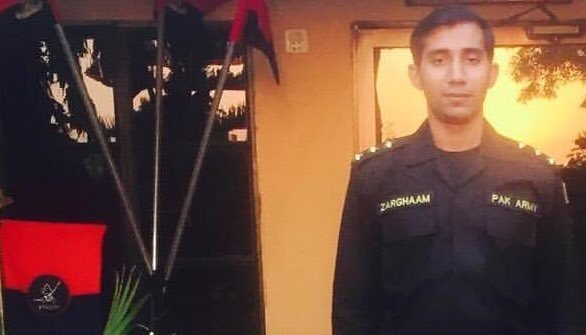 PESHAWAR: A captain of the Pakistan Army was martyred and a soldier sustained injuries while defusing an improvised explosive device (IED) in Mohmand tribal district on Wednesday.

The injured soldier of the bomb disposal team was identified as Rehan. He was taken to hospital for treatment.

The security forces cordoned off the area after the incident and launched a search operation.

Meanwhile, three soldiers were injured when an IED exploded on them in North Waziristan tribal district.

Officials sources said the security forces were on routine patrol in Garyum area of Dosali tehsil in Razmak sub-division when an IED exploded on their vehicle. The injured soldiers were identified as Qasim, Amjid and Zaheer.

People facing difficulties due to closure of Nadra office

People in North Waziristan are also facing difficulties due to closure of Nadra (National Database and Registration Authority) office in Miranshah.

On 26 October, a vehicle of a non-governmental organisation was blown up in the premises of the Nadra office in Miranshah. Fortunately, no life loss occurred in that blast as no one was present there at the time of the explosion. Since then, Nadra office is closed and people coming to the office for resolving their problems related to identity cards and Forb-B had to return disappointed.

People of the area have demanded the government to open the Nadra office immediately to end their difficulties.