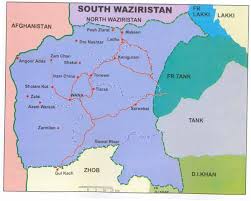 PESHAWAR, 03 May: A security personnel was killed in an armed attack on check-post in South Waziristan Agency.

The political administration of the tribal agency said that a hawaldar of Pakistan Army was killed when a check-post came under an armed attack last night.

Security sources said in another incident near Barani Dam in Frontier Region Bannu a van of the security forces hit an improved explosive device, leaving three law-enforcers injured. They were shifted to the Combined Military Hospital Bannu.