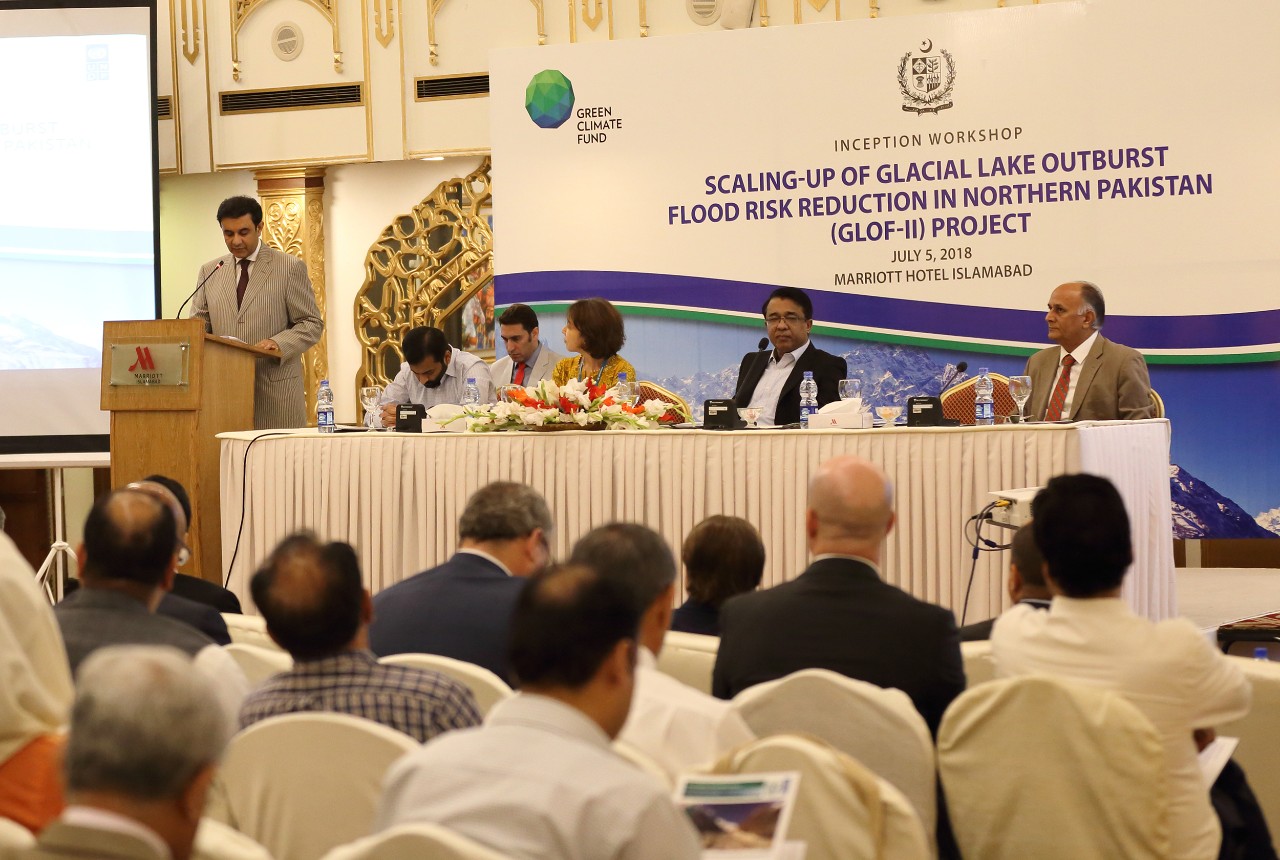 ISLAMABAD: The Government of Pakistan and United Nations Development Programme (UNDP) launched a new US$37 million project on Sunday that include creation of new protective infrastructure against glaciers.

Led by Pakistan’s Ministry of Climate Change, with support from UNDP and US$37 million in grant funding from the Green Climate Fund (GCF).

The five-year project targets the most vulnerable rural communities in the high-altitude regions of Gilgit-Baltistan and Khyber Pakhtunkhwa, where around two in ten people live on less than US$1.90 per day. The project is co-financed with a US$500,000 from the local Government of Gilgit-Baltistan.

“When glacial lakes burst, they can release millions of cubic meters of water and debris, taking lives, destroying property and infrastructure, and wreaking severe damage to livelihoods in some of the most remote and poor areas of the country,” said Additional Secretary at the Ministry of Climate Change, Mr. Shakeel Malik.

The launch in Islamabad was attended by senior officials from the Ministry of Climate Change, Planning Commission, Economic Affairs Division, other line departments, Governments of Khyber Pakhtunkhwa and Gilgit Baltistan and UNDP.

“This project will save lives, protect against damage, and support climate-resilient livelihoods, helping Pakistan reach its goals to end poverty and hunger by 2030, ensure peaceful economic and social development, and support our work to leave no one behind in our race to reach the bold goals outlined in the Paris Agreement, Sendai Framework for Disaster Risk Reduction and 2030 Agenda for Sustainable Development,” said Malik.

Over 3,000 lakes have been created as a result of melting glaciers in the Gilgit-Baltistan and Khyber Pakhtunkhwa regions of Pakistan. Around 33 are considered hazardous, putting some 7.1 million people at risk from glacial lake outburst floods.

In 2010 the Booni Gol Glacier, located near Chitral, generated an outburst flood that killed 1,980 people, injured an additional 2,946 more, and destroyed some 1.6 million homes. In addition, thousands of acres of agricultural lands were damaged as a result of this new-found risk that may threaten to undermine Pakistan’s efforts for peaceful and sustainable development.

More than half of the project beneficiaries will be women, propelling Pakistan’s efforts to reduce inequalities and ensure gender equality by 2030.

Climate change is expected to have wide-ranging impacts on Pakistan including reduced agricultural productivity, eroding coastlines, and more frequent extreme weather events such as cyclones, floods and drought. The country was ranked seventh globally in the 2017 Global Climate Risk Index, with over US$3.8 billion (PPP) in reported losses between 1996 and 2015 due to climate change.

The project marks a groundbreaking shift in GLOF risk management in Pakistan by combining top-down regulatory support, bottom-up community preparedness, and long-term planning for sustainable and climate-resilient use of livelihood assets such as high-value agricultural land which is in short supply in mountainous area.

“Until now investment in disaster management in Pakistan has largely focused on response. By flipping the script to talk about prevention, mitigation and preparedness, the new project will reduce the financial stress following a disaster and promote climate-resilient sustainable development into the future,” said Naoko Takasu, Deputy Country Director, UNDP Pakistan.