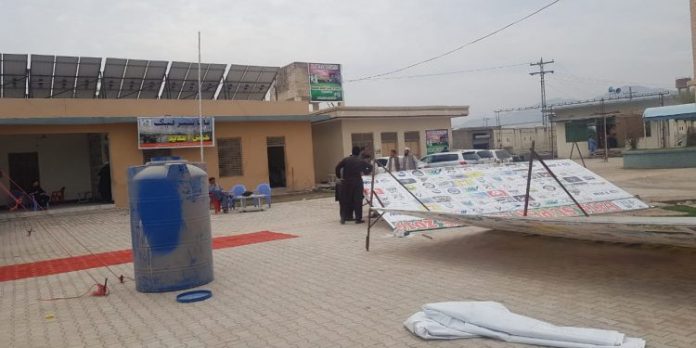 PESHAWAR: After successful holding of the fourth edition of Pakistan Super League (PSL-4) in Pakistan, now arrangements are being held for holding the second edition of Fata Super League in the tribal districts.

TNN correspondent reported that the Fata Super League will be organised at Jamrud Sports Complex in Khyber tribal district. Twenty-four teams will participate in the mega event.

All the arrangements at the Jamrud Sports Complex and security arrangements have been finalised for the tournament. Like the previous edition, important national players who have represented Pakistan at various occasions, will also feature in the event in different teams.

A special feature of the tournament is cash prize for the spectators on completing a catch on the pattern of PSL matches.

Malik Taimoor Afridi, owner of Khyber Green team and organiser of Fata Super League, said while talking to TNN that the purpose of arranging the event is to provide a platform to local talent. He said several local players after catching the attention of selectors will feature in the national team and PSL teams in future and will bring good name for the country. He said previously, the local talent remained unexplored due to lack of proper opportunities for the local cricketers, but with the passage of time, more and more tribal cricketers are emerging on the mainstream.

The first edition of Fata Super League was organised in the tribal districts in April 2017. Many prominent national cricketers participated in the event and spectators also took keen interest in the matches. The organisers said the event helped discovering local talent and giving a message of peace to the world.

The last edition was an enormous success as 16 teams participated in that event, while this year the tournament has been further expanded and 24 teams will participate in it. The winner team received Rs0.6 million and runners up Rs0.3 million.

Fans in the tribal districts have expressed jubilation over the announcement of second edition of Fata Super League and hoped that it will be a success like the first edition. They said they will support all team in the event.