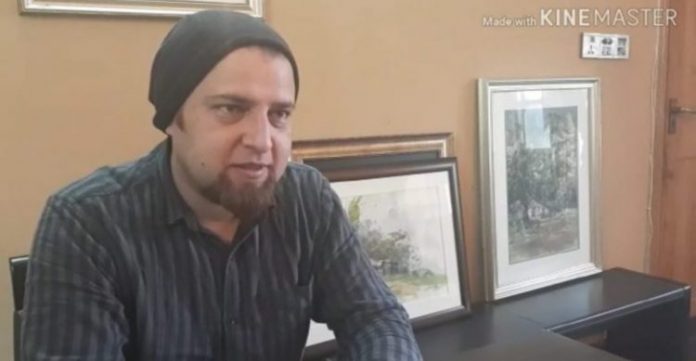 PESHAWAR: Ali Sajid, an artist in Peshawar, says he aims to bring awareness among the people about the impacts of climate change through his art.

In an interview with TNN, Ali Sajid, who holds a Master’s degree in painting, says he is associated with this art for the art for the last 20 years and he aims to show the beauty and culture of his area to the world through his art.

He says the world has waked up to the challenge of climate change and awareness is being created among the people through different methods.

Ali Sajid says he attends different programmes on climate change and tries to learn from every event. He says he also recently organised an event on climate change impacts which was attended by 10 eminent artists from different parts of the country. He says the event focussed on the scenic beauty of Kaghan, Naran and problems of hygiene and cleanliness in other tourist resorts and forests.

Ali Sajid is of the view that an artist has the responsibility to guide the society in right direction and give sense to the people about the right and wrong. He believes that art is a universal language which can be understood by every person of a society easily. He says the portrait of any scene or situation gets immediate attention of the people and has lasting effects on the viewers. That is why, he says, art is the best tool to create awareness among the people about the climate change.

Ali Sajid received training of painting from China, Japan and Singapore. Currently, he teaches art to students at CECOS University and Sarhad University in Peshawar. He says an artist is free to use oil colours or water colours for his drawings, but he prefers water colours. He says although the use of water colours is relatively difficult and the margin of error is minimum, but still he prefers it. He says he has won four international and four provincial awards for his paintings.

Ali Sajid says live painting is the best option for creating awareness about climate change. He says a painter makes a sketch of the climate change impacts wherever he sees it and then covert that image into a peace of art for understanding of the people.