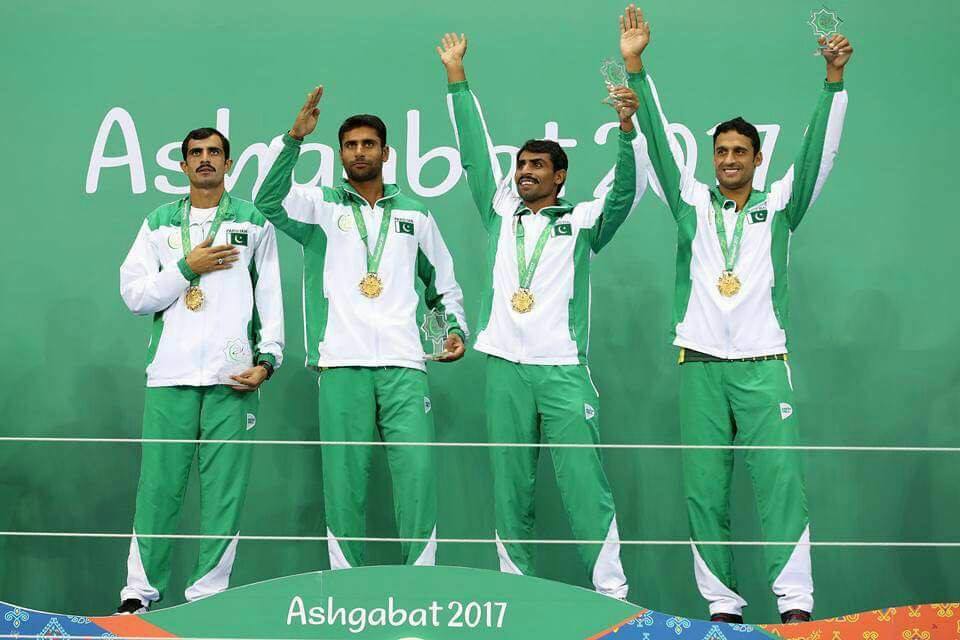 PESHAWAR, 26 September: Asad Iqbal has won gold medal for the first time in the country’s history in 400 metres relay in Asian Games in Ashgabat, Turkmenistan.

Asad Iqbal, who is a resident of Dagai area of Swabi, told TNN that Pakistan’s four-member team won gold medal in the 4X400 metre relay at the 5th Asian Indoor and Martial Arts Games in Turkmenistan on 20 September. He said he is very happy over this achievement. He said he is the national champion in 400 metres race for the last four years. He said he had also won a silver medal in World Islamic Games.

Asad Iqbal said he is receiving no support from the government.

“Our youth have the talent to win several gold medals in future if the government paid proper attention to this sport. This was the first gold medal for Pakistan and many others will follow if we get proper support,” he said.