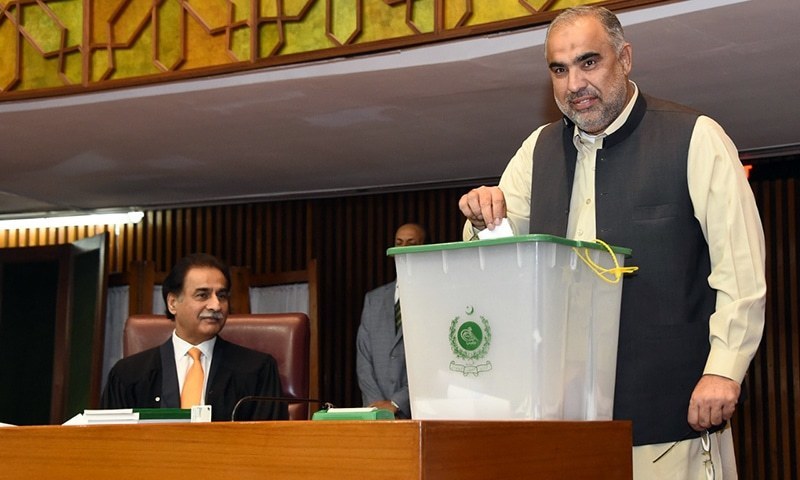 Asad Qaiser received 176 votes, whereas his opponent from the combined opposition Khursheed Shah got 146 votes. A total of 330 votes were cast, out of which 322 were accepted and eight were rejected. Outgoing Speaker Ayaz Sadiq took oath from Asad Qaiser, following which the election for the slot of deputy speaker was to be held.

It was not a smooth sailing for the PTI in the National Assembly as the members from the Pakistan Muslim League-Nawaz (PML-N) chanted slogans during the oath-taking and displayed posters of their leader Nawaz Sharif.

For deputy speaker, the PTI has named Qasim Suri while the joint opposition has nominated the Muttahida Majlis-e-Amal (MMA) leader Asad Mahmood. 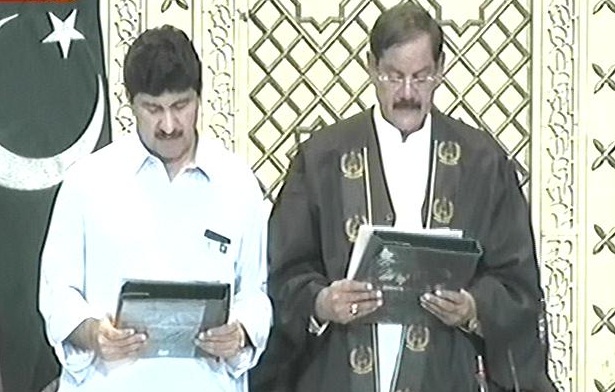 The PTI’s Mehmood Jan defeated the PML-N’s Jamshed Mohmand to claim the slot of deputy speaker. He received 78 votes, while his opponent got 30 votes.

Agha Siraj Durrani was re-elected speaker of Sindh Assembly. He bagged 96 votes, against MQM-Pakistan’s Javed Hanif who bagged 59 votes to retain his post.