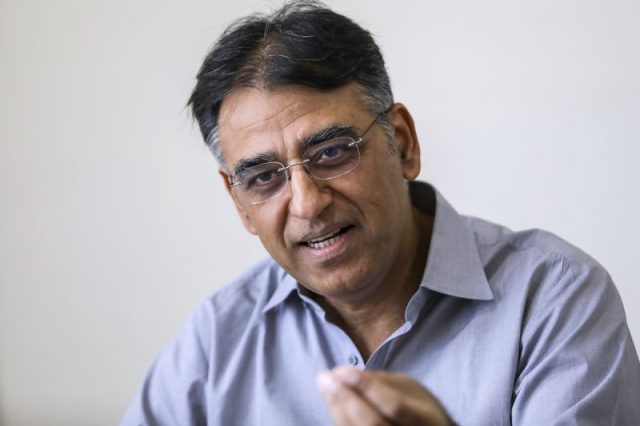 PESHAWAR: As speculated, Pakistan Tehrik-e-Insaf (PTI) senior leader Asad Umer has stepped down from his position as finance minister and announced that he would no more be the part of PM Imran Cabinet.

However, he pledged to continue the struggle for PM Khans’ dream of Naya Pakistan as a PTI worker. Asad Umer announced the decision on Twitter. A couple of days ago, Information Minister Fawad Chaudhry categorically rejected reports of any change in the Federal Cabinet.

Later on, Asad Umar in his press conference announced that he is stepping down as finance minister and said that some “difficult decisions” have to be taken to stabilize the economy and that he hopes his replacement would be supported in their efforts.

“As part of a cabinet reshuffle, [the] prime minister desired that I take the energy minister portfolio instead of finance,” he said. “However, I have obtained his consent to not take any cabinet position,” Umer said that he was asked to take the energy portfolio following a reshuffle in the cabinet.

PTI Leaders said that he will always be available for implementing the agenda of change. The economy is going through some tough times and the opposition is using that as an excuse to stir up trouble, he said. A fresh team may be able to bring in change but it needs time, he said. Umar also denied that his resignation is in protest.  He also denied that his resignation had anything to do with amnesty schemes.

Media has reported by quoting ‘Credible government sources’ that former finance minister Shaukat Tareen may be inducted as Prime Minister’s Advisor on Finance. Besides Tareen, Hafeez Pasha and Salman Shah are also among the strong contenders for the prime slot. Meanwhile, Umer, who is currently serving as Federal Minister for Power, might possibly be appointed as the next Finance Minister.