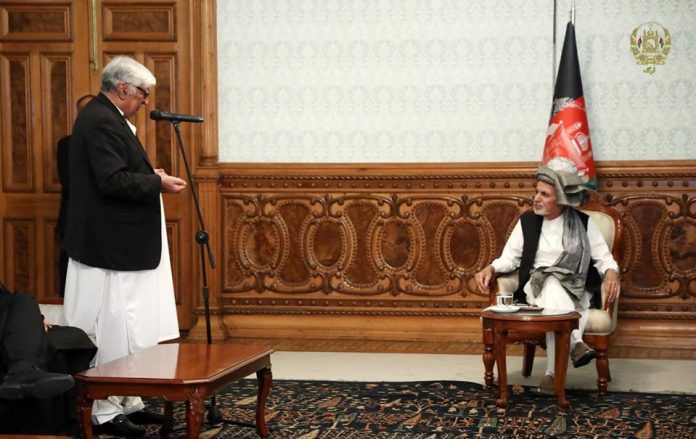 PESHAWAR: President of Awami National Party (ANP) Asfandyar Wali Khan has asked for restart of dialogues with the Taliban and stressed the inclusion Afghan government for meaningful peace processes.

Asfandyar said that Afghan government’s participation in peace talks can be a positive step towards peace therefore, state-led negotiations must begin without any delay to bring peace to the entire region.

Speaking at a three-day international peace conference in Kabul, Asfandyar Wali Khan said that for the past 40 years, the blood of Pashtun people has been shed on both sides of the border. Now is the time to stop this bloodshed and take solid steps for peace and tranquillity in the entire Pakhtun region. He said hate spread more violence and love promote peace, therefore, all the Afghani should come united for peace.

The ANP chief said that the day the Afghan President postponed his visit to the United States, there reached a critical juncture in negotiations with Taliban and finally, Donald Trump called off the process. Asfandyar Wali Khan said that ANP from the first day was saying that without the Afghan government’s participation, peace talks with the Taliban will be meaningless.

He suggested that the governments of Pakistan and Afghanistan resolve their problems with each other and that China, Russia and the United States should work together to facilitate their interconnection. To facilitate people on both sides visa policy should be made more easy and asked the government to promote trade between the two countries through railways.

While addressing the World Peace Conference, he added that universities in DI Khan and Quetta should allocate seats for Afghan students. Asfandyar Wali Khan paid tribute to the women attending the conference, saying that women suffered the most in the fight against terrorism.