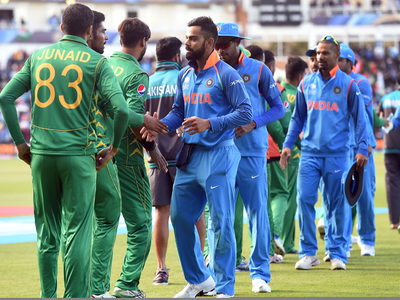 PESHAWAR: The Asia Cup 2018 has been moved to the United Arab Emirates (UAE) due to the political tension between Pakistan and India.

The tournament, which was originally to be hosted by India, will be played from the September 13-28 with Dubai and Abu Dhabi as the venues.

The Asian Cricket Council (ACC) and Pakistan Cricket Board (PCB) Chairman Najam Sethi was quoted as saying by ESPNcricinfo that the ACC deliberated on the matter and decided that this was the best way forward.

All the member nations of the ACC agreed unanimously for the change during a meeting at its Kuala Lumpur headquarters. The BCCI was represented by its CEO Rahul Johri, who placed the request during the meeting chaired by Najam Sethi.

All matches will be played in the 50-over format with India, Pakistan, Sri Lanka, Afghanistan, Bangladesh and one other team taking part. The sixth team in the event will be determined via a play-off between UAE, Hong Kong, Nepal, Singapore, Malaysia and Oman.

India will still be the official host of the tournament and will be renting the stadiums from the Emirates Cricket Board.

Indian media reported that the Asia Cup was from India to United Arab Emirates as the Board of Control for Cricket in India (BCCI) could not procure permission from the government to host Pakistan.

With Pakistan and India unable to host, Bangladesh held three straight Asian Cups from 2012 to 2016.

The Asia Cup is a biennial event which is now held in both ODI and T20 formats. In 2016, it was held in the T20 format as the teams wanted to prepare for the World T20, which was scheduled just after the event. This time it will be a 50-over event as teams are now gearing up for next year’s ODI World Cup in England.

The ACC Board also proposed to have annual general meeting (AGM) 2018 in Lahore.

Meanwhile, schedule for the T20 tri series among Pakistan, Australia and hosts Zimbabwe has been announced.

According to the fixtures, Pakistan will face Zimbabwe on July 1 and Australia on the 2 of the month. Top two teams will play the final of the series on July 8.