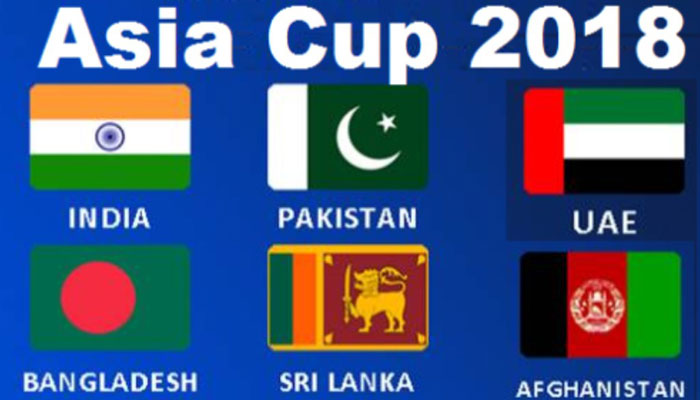 PESHAWAR: The schedule for 2018 Asia Cup has been released with Pakistan set to clash arch rivals and defending champions India on 19 September.

The biennial tournament, set to take place in the UAE from 15 September, sees Bangladesh and Sri Lanka face each other in the opening game in Dubai. Pakistan and India will clash on 19 September in Dubai, the first time they will face off in the UAE since 2006.

Six teams will participate in the Asia Cup, with the group stage divided into two groups for the first time. Pakistan and India have been pooled with one other team to be determined by a qualifying tournament that takes place from 29 August to 6 September. Singapore, Hong Kong, Malaysia, Nepal, Oman and UAE will play the qualifying round. The other group comprises Sri Lanka, Bangladesh and Afghanistan.

After the first round, four teams will qualify for second round with each of them playing the other in a round robin format. The top two will go through to the final to be held on 28 September.

The tournament will also revert to its traditional ODI format, which was last held in 2014 in Bangladesh. The 2016 edition was turned into a T20I tournament, serving as preparation for the World T20 that was to be held a month later.