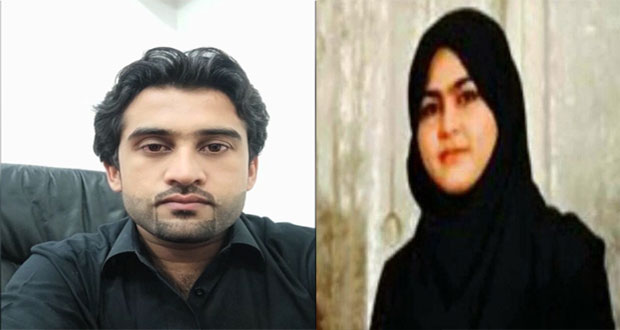 LAKKI MARWAT: The father of Asma Rani, a medical student from Lakki Marwat, who was killed allegedly by Mujahid Afridi over her refusal to accept his marriage proposal nearly four years ago, has announced to forgive the killer.

Asma Rani’s father Ghulam Dastageer said he is forgiving Mujahid Afridi without any pressure just in the name of Almighty Allah.

However, this announcement by the victim girl’s father did not go well with the Marwat tribe elders, social activists and local people and they distanced from this announcement. Those opposed to the ‘patch-up’ have also hinted at approaching the court to stop it. They are of the view that if terrorism clauses could be included in Karachi’s Shahrukh Jatoi case, then why not these clauses were inserted in Asma Rani murder case.

Aslam Khan of Marwat Qaumi Jirga said the decision about patch-up has been taken by the father of Asma Rani, and the Jirga has nothing to do with it.

Chairman Marwat Reforms Movement Rashid Ahmed said the Marwat tribe will never make a compromise on the blood of their sister.

Local senior lawyer Barrister Sher Afzal said the local elders and activists will boycott the meeting for ‘Nanawati’ (patch-up) which is scheduled to be held on September 05 in Kohat.

Mujahid Afridi, belonging to an influential family in Kohat, allegedly shot dead medical student Asma Rani on January 28, 2018 over her refusal to accept his marriage proposal. He had fled to Dubai after committing the crime. However, the government brought him back from Dubai through Interpol.

The parents of Asma Rani had been issuing statements since then that they were being pressurised immensely by Mujahid Afridi’s family for a patch-up and making warnings of dire consequences if it was not done.

Asma Rani before succumbing to bullet injuries had given a statement confirming that Mujahid Afridi sprayed bullets on her. The video of Asma Rani’s statement went viral at that time and the civil society and media rose up seeking justice for the victim.