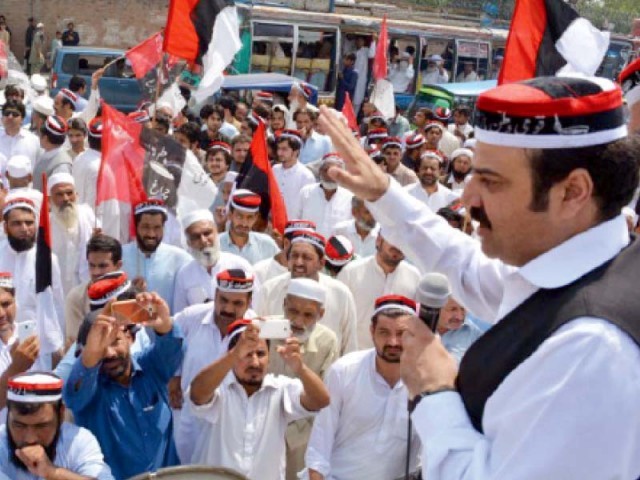 TNN correspondent said the announcement was made at a meeting attended by QWP leaders Sikandar Sherpao and Muhammad Hashim Khan and ASWJ leader Haq Nawaz Durrani and others at Jamia Mehmoodia in Turangzai on Tuesday. The correspondent said the ASWJ announced to support the QWP candidates on PK-56, PK-57, PK-58 and PK-59 on which Sikandar Sherpao, Arshid Ali, Rehman Khan and Muhammad Hashim Khan are contesting elections respectively.

The QWP candidates in Charsadda are facing tough contest with the Pakistan Tehreek-e-Insaf (PTI), Muttahida Majlis-e-Amal (MMA) and Awami National Party (ANP) candidates in the upcoming general elections scheduled to be held on 25 July. Although, the ASWJ have smaller vote bank as compared to other parties in Charsadda, but its votes may impact the final outcome of the elections.

In return for the ASWJ’s favour in Charsadda, the QWP announced to support the party’s candidate Ibrahim Qasmi on PK-75 constituency of Peshawar. He will be up against the ANP’s Syed Aqil Shah, PML-N’s Qamar Zaman, PTI’s Wajidullah Khan, PPP’s Misbahuddin, Arbab Farooq Jan of the MMA and Radesh Singh, the only minority candidate contesting on a general seat.