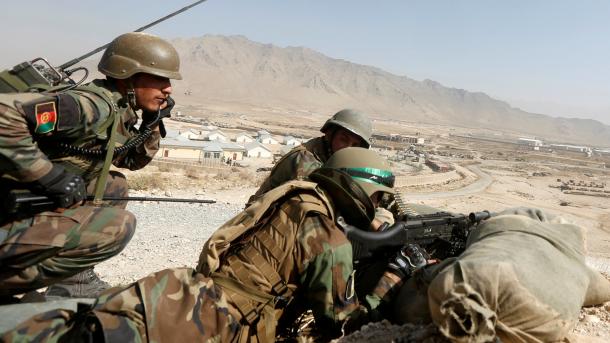 PESHAWAR: At least 30 security personnel were killed in a massive attack by the Taliban militants on a government compound in Badghis province of Afghanistan on Thursday.

According to media reports, hundreds of militants stormed the center of Bala Murghab district in Badghis province during which massive casualties of police and military personnel happened. District governor Abdul Waris Shirzad was quoted as saying that the attack was launched in the wee hours of Thursday and continued throughout the day. He said the attack was massive and intense and massive casualties occurred as the reinforcements didn’t arrive in time.

Officials also claimed that Taliban militants also suffered casualties in the clashes, but they were unable to share figures. The Taliban claimed responsibility for the attack in a statement to the local media.

On Monday, 15 soldiers were killed in an attack by the Taliban in Afghanistan. Several soldiers were also injured in the attack and some were taken captive.

The attacks by the Taliban militants in Afghanistan have intensified at a time when parties to the Afghan peace talks are hoping for a final settlement to the 17-year-old war. The recent massive attacks can prove detrimental to the progress of the talks which are already facing many challenges.

The US special envoy for Afghan peace Zalmay Khalilzad as part of his peace efforts is visiting Afghanistan to build a national consensus on the peace talks with the insurgents. Although progress has been made on the issues of withdrawal of foreign troops from Afghanistan and no use of Afghan soil by any terrorist groups for launching attacks on any country, but many other issues are yet to be resolved. The Afghan government is increasingly perturbed over continuous snub by the Taliban for their inclusion in the peace process and their attacks inside Afghanistan during the peace talks. The Taliban term the Afghan government as puppets and refuse to talks to them and instead they are talking directly to the US.

Khalilzad is cautiously optimistic about clinching of a peace deal, but he admits that much needs to be done yet. The next round of talks has not been announced yet, but is expected this month.