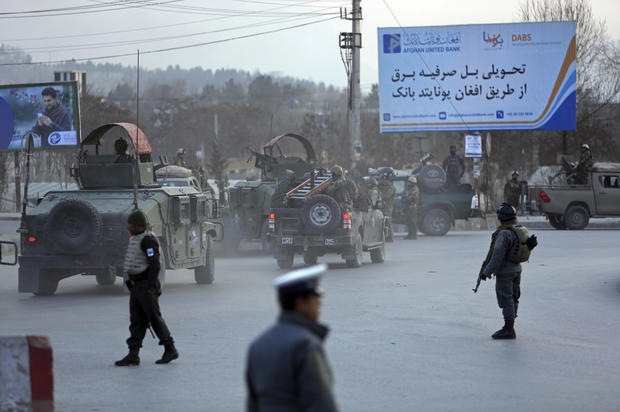 PESHAWAR: At least 43 people were killed and 20 others injured in a coordinated militant attack on a government building in Afghanistan’s capital Kabul on Monday.

Media reports said a suicide bomber and extremists armed with assault rifles and explosives attacked a government building at around 3:00pm local time. The siege continued for eight hours and ended when the three gunmen were killed.

Kabul Police said the attack begin when the militants detonated an explosives-laden car near the Ministry of Public Works which paved way for the entry of armed attackers into the nearby National Authority for People with Disabilities and Martyrs’ Families.

Najib Danish, a spokesman for the Ministry of Interior, was quoted as saying that 28 civilians, including a woman and a policeman, were killed and three others wounded in the ensuing clash that lasted several hours. He claimed security forces managed to rescue about 357 people trapped inside the building.

Wahid Majroh, spokesman for the Ministry of Public Health, later confirmed that 43 bodies and 10 injured had been evacuated to difference hospitals in the capital.

No militant group claimed responsibility for the attack.

Police cordoned of the entire area as they tried to secure the building. Authorities feared that the number of casualties could rise.

The massive attack in Kabul came four days after the US President Donald Trump announced withdrawal of half of the 14,000 American troops from Afghanistan. The announcement came after Pakistan facilitated peace talks in the United Arab Emirates, where representatives from Saudi Arabia, the UAE, Pakistan and the US met with the Taliban representatives.

Pakistan has strongly condemned the terrorist attack on the government building in Kabul.

In a Twitter message, Foreign Office spokesman Dr Mohammad Faisal said Pakistan hopes that security operations would be successful in securing the premises and saving lives of those who were trapped in the building.