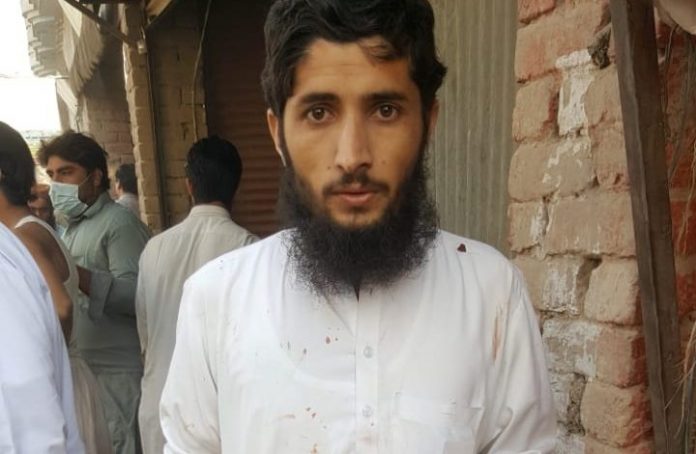 PESHAWAR: At least seven persons lost their lives and over a hundred others were injured in a bomb blast in a madrassa (religious seminary) in Dir Colony area of Peshawar on Tuesday, police said.

Police teams rushed to the incident site soon after receiving information. Police and rescue sources said most of the injured are the madrassa students. Eyewitnesses said at least 20 injured children were already shifted to Lady Reading Hospital (LRH) before the arrival of rescue teams. The condition of some of the injured children was stated to be critical.

Khyber Pakhtunkhwa Health Minister Taimur Saleem Jhagra confirmed in a Twitter message that seven people were pronounced dead at LRH on arrival. He said 70 more people were brought to the hospital in injured condition.

Sources said about 600 students were enrolled in the madrassa. The thud of the blast was very loud and fire also erupted there after the blast.

The bomb disposal squad was all called to the incident site and the whole area was sealed and entry of irrelevant persons to the area was prohibited. The madrassa is attached to a mosque where children come to get education about the Holy Quran.

Inspector General of Police (IGP) Sanaullah Abbasi confirmed the incident and said a general threat about the terror incidents was already issued.

The SSP Operations said the blast was carried out through a time device. He said the explosive material was brought in a bag. He said further investigations into the incident are underway.

A hospital official said the deceased were aged between 20 and 40 and most of the victims received ball bearings and were burnt.

No banned outfit has claimed responsibility for the blast.

The blast in Peshawar drew condemnations from the government officials, opposition leaders and other people.

Prime Minister Imran Khan in a message condemned the blast in Peshawar and prayed for early recovery of the injured persons.