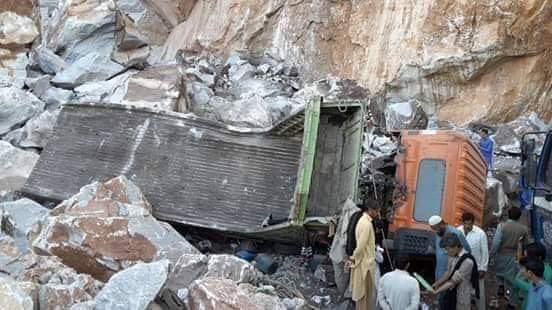 BUNER: At least nine persons lost their lives and many others sustained injuries in land sliding in a marble mine in Buner on Saturday.

Local people said the incident happened in Bampokha area in the afternoon. The local people, district administration officials and police immediately reached the site of the incident and initiated rescue operation. However, they were facing difficulties due to unavailability of proper equipment and machinery for rescue work. 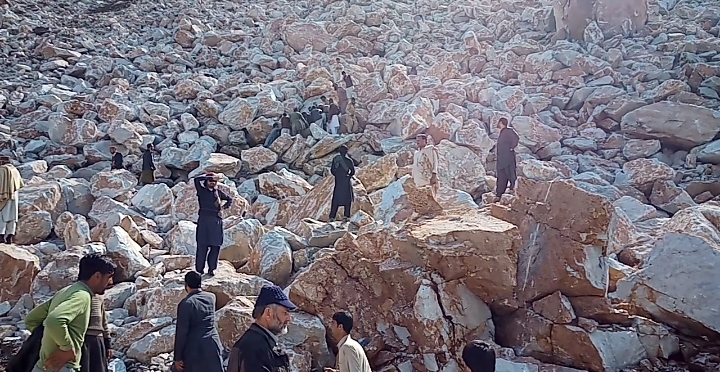 Local sources said the marble mine where the land sliding occurred was closed since long. The workers of other marble mines used to gather near this mine at a hotel for lunch. The workers were in the hotel when the huge land piece fell on them from mountain and trapped over 30 people.

Initial reports said eight injured people were brought to District Headquarters Hospital from where three were shifted to Peshawar due to their critical condition. An emergency was declared at DHQ Hospital after the incident. Some injured were also taken to Rural Health Centre Jawar. 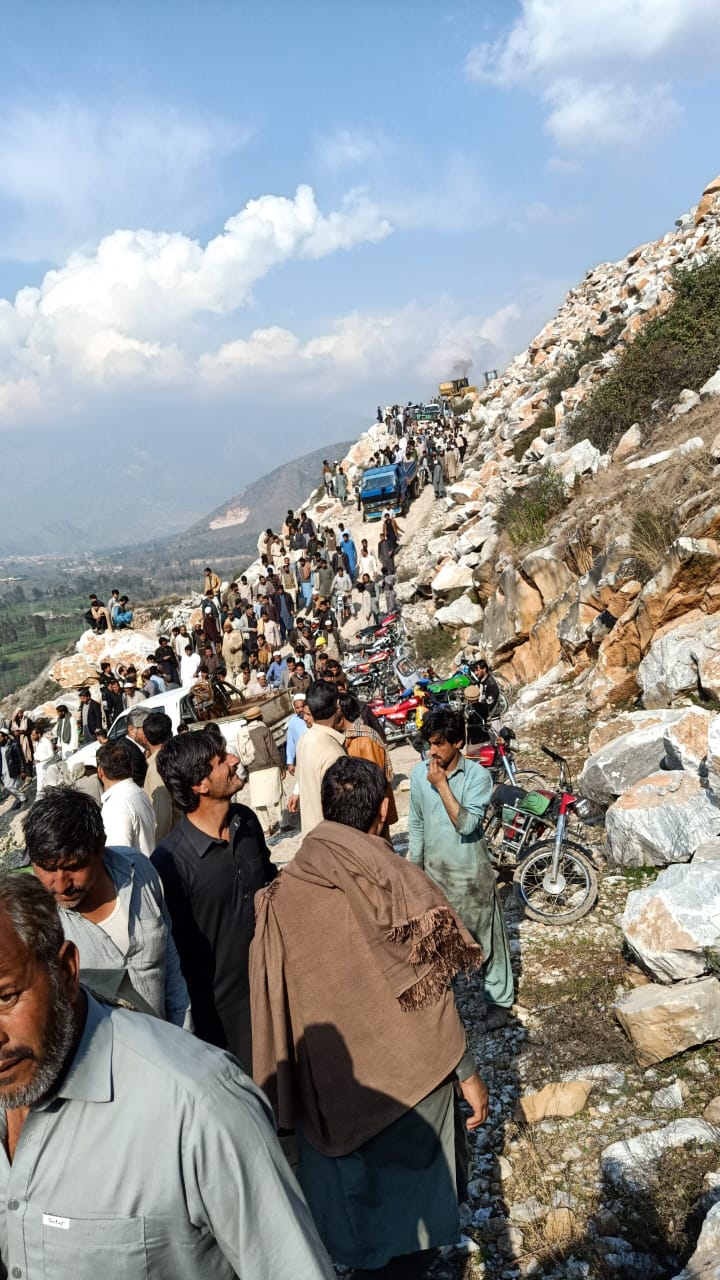 Deputy Commissioner Khalid Khan also reached the incident site to supervise rescue activities. The local people demanded the Khyber Pakhtunkhwa government to help in rescue work as they were facing difficulties due to lack of proper equipment and machinery.

There is no Rescue 1122 service in Buner and rescue teams were called from Swat to Buner for help. The sources said the death toll in the unfortunate incident might increase as some injured were in critical condition and fears were also expressed about the fate of remaining trapped persons.

The local people were participating in the rescue activities and helping the district administration and police in saving lives. More rescue personnel were also arriving at the site to help in retrieving the bodies and injured persons.

The reason behind the land sliding could not be known immediately. A large number of vehicles were also stranded in the area due to land sliding.