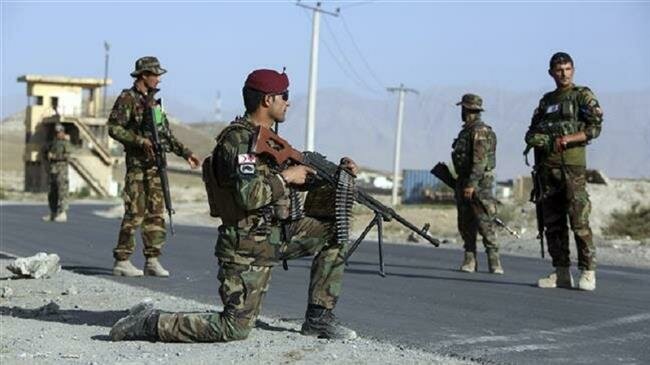 PESHAWAR: At least three Afghan security forces personnel have been killed in an attack by militants on a hotel in Badghis province of Afghanistan.

According to Afghan media reports, the attackers entered a hotel in Qala-e-Naw, the capital of Badghis province, on Saturday and killed at least three security forces. The hotel was not cleared till filing of this report.

The attack started at 12:40pm local time when a group of militants, some of them wearing suicide jackets, entered the hotel and opened fire.

Earlier, provincial governor Abdul Ghafoor Malekzai said the suicide attackers have stormed the hotel and five police officers had been wounded in the attack. The Taliban militants claimed responsibility for the attack.

Taliban claimed responsibility of the incident and claimed that two US soldiers were killed. They said they blew up an American tan” in Sayed Abad district of Wardak province. However, it is understood that the US forces does not use tanks in Afghanistan.

Two US troops were killed in the same area last month in another Taliban-claimed attack. Saturday’s attack took the death toll of US soldiers in Afghanistan to 10 this year. The US now has some 14,000 troops in Afghanistan — down from a peak of around 100,000 — most of them deployed to train and advise Afghan counterparts.

The attacks in Afghanistan are happening despite ongoing peace talks among different stakeholders. Participants of the talks have termed the ongoing peace process the most fruitful so far. The main demand of the US is declaration of ceasefire by the Taliban militants, while the insurgents seek complete withdrawal of foreign forces from Afghanistan.