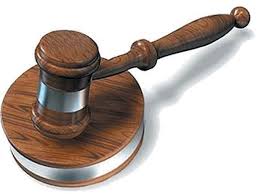 MARDAN: An Anti-Terrorism Court (ATC) awarded on Monday life imprisonment to a 15-year-old Muhammad Nabi, in the Asma murder case.

The special court also imposed a fine of Rs1 million on the offender.

Talking to reporters in Mardan, District Police Officer Wahid Mehmood said as result of effective investigation by police in 4 years old Asma case, who was killed by Muhammad Nabi after he raped her in Gujjar Garhi area in Mardan on January 13,  the ATC handed out life imprisonment to the convict and imposed Rs one million fine on him under various sections of the law on Monday.

The dead body of the minor was recovered by locals from nearby sugarcane fields the next day. The postmortem report also proved that Asma was raped and later killed.

On February 12, Nabi, who was also Asma’s second cousin and lived in the same area as her, had confessed to murdering her before the court of senior civil judge Asim Riaz.

The DPO said that the court did not award death sentence to the convict because he is under age.

Earlier Regional Police Officer (RPO) Mardan Dr Mian Saeed said the case was resolved by tracing a drop of blood on a leaf in the sugarcane field where the minor was killed. He said that fingerprint traces of the suspect were found on the neck of the deceased.

Following the murder of Asma, a seven years old child Haris was rapped and latter killed by unknown persons in Mardan but the accused are yet to be arrested by police.