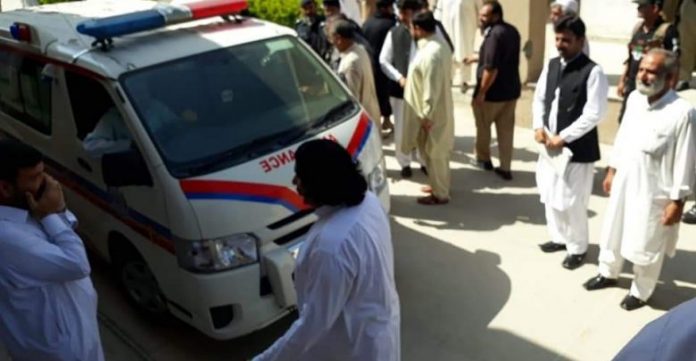 The counter-terrorism police department has pleaded the court that both the MNAs should be handed over to them on physical remand, however, the judge refused to accept the plea and sent Ali Wazir and Mohsin Dawar into judicial custody to Peshawar central jail.

The judge has ordered the authorities to reproduce both the accused in the court on 9th of next month.

A few days back, Ali Wazir was brought from Peshawar central jail to Bannu court in tight security however, when they reached the court, it was informed that judge is on vacation. Thus, he was brought back to Peshawar Jail.

They will now be reproduced in the court on 9th of next month.

Mohsin Dawar and Ali Wazir along with nine others have been after the tragic incident of Khar Kamar in North Waziristan on May 26 when the Pakhtun Tahaffuz Movement (PTM) protestors clashed with the security forces on a check post in Data Khel Tehsil.

After the incident, the security forces have declared Ali Wazir and Mohsin Dawar responsible for the attack and were arrested under the Anti- Terrorism law of the country.

Both the leaders were presented before the ATC court in Bannu. The court on the first hearing has remanded them into police custody for 8 days. After the expiry of remand, they were sent to Peshawar prison. Senior lawyer Abdul Latif Afridi has also filed their bail application in Bannu ATC court, however, it still pending for hearing.