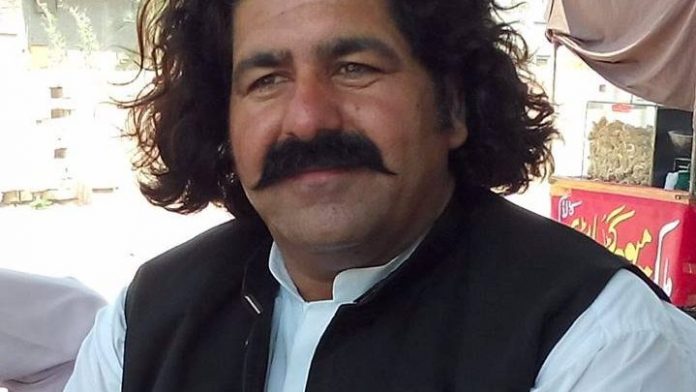 BANNU: Member National Assembly (MNA) Ali Wazir has been presented before the Anti-Terrorism Court (ATC) judge in Bannu on Monday; however, due to the unavailability of ATC judge, the case hearing was delayed till June 20.

Ali Wazir was presented before the judge in strict security. The district Bannu courts were completely sealed by the security forces, as a result, numerous problems were created for litigants and the court’s proceedings were also interrupted.

The sources have informed that both MNAs – Ali Wazir and Mohsin Dawar – will be presented before the ATC judge on June 20.

Both the MNAs have been sent to Peshawar central jail by ATC court after they were arrested for alleged involvement in the tragic incident of Khar Kamar in North Waziristan on May 26 when the Pakhtun Tahaffuz Movement (PTM) protestors clashed with the security forces on a check post in Data Khel Tehsil.

The ATC court in Bannu on the first hearing has remanded them into police custody for 8 days. After the expiry of remand, the police have against sought another remanded however the court has sent them both to prison.

The Peshawar High Court Bar association (PHCBA) has earlier demanded the security forces to release both the elected representatives, before Eidul Fitr. The political leadership of the country, especially, Bilawal Bhutto Zardari has written the speaker of the national assembly for their production order, but the speaker has said that it is not under his authority to issue such order for Ali And Mohsin