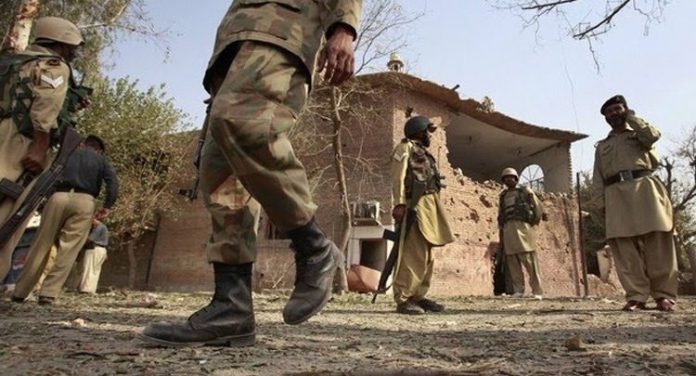 The DSP said police did not suffer any casualty in the attack. The terrorists after the failed attack escaped towards nearby mountains.

Azam Khan a combined patrolling was held to nab the culprits. However, there was no word about any arrest.

Official sources said the security personnel were on routine patrol on foot the Khadi area of the Mir Ali tehsil when they were attacked through a remote-controlled explosive device.

Militants were driven out from the tribal districts in military operations, but still terrorists sometimes attack the security forces from their leftover hideouts. The security forces also conduct intelligence-based operations after receiving credible information about presence of militants to ward off any threat of future attacks.

On June 20, two security personnel were martyred and two others were injured, while two terrorists were also killed in three separate incidents in North Waziristan.

On June 11, a security personnel was martyred in firing by unknown miscreants in Mir Ali sub-division. A security check post was also blown up in the same area in a separate attack.

On June 10, two soldiers were martyred and four others were injured in a remote control bomb blast on the security forces in Miranshah.

On May 18, a soldier was martyred and three others sustained injuries in a bomb