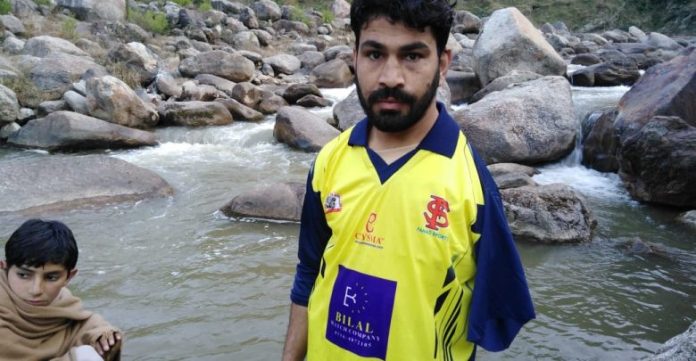 BUNER: Attaullah, a resident of Tangor village in Chagharzai tehsil in Buner, has been selected as an all-rounder in the Khyber Pakhtunkhwa disable cricket team.

He is the first disabled player from Buner to be selected in any provincial-level team. Besides his cricketing talent, Attaullah is also expert in fishing and preparing tasty tea.

“I had not imagined that I would be selected in the provincial team one day. All this has happened with the blessing of Almighty Allah,” he said while talking to TNN.

Attaullah said he was playing a cricket match arranged by a welfare organisation at a park in Lahore when the spectators appreciated him a lot for his all-round performance with the bat and ball. He said it was a final match of a tournament and as soon as the match ended, he was awarded many prizes even by the spectators who were impressed with his game.

Attaullah said a person in the crowd was from Shangla who met him and told him that he will call media persons next weekend to arrange his interview. He said a private news channel prepared a report on him the next week and then he started getting recognition on the provincial and national level. He said he then went to his village where TNN and other media organisations gave him good coverage and made his achievements and talent known to everyone.

Meanwhile, he said, he was told by someone that trials were to be held in Charsadda and he went there. He said the selectors and coach were very impressed with his performance and they assured him that one day he will be selected in the team. He said he received a phone call the next day that he has been selected in the provincial team.

The talented cricketer said he is very thankful to Almighty Allah for his selection. He said his friends and well-wishers also supported him to pursue his dream.

Attaullah, who is now 27-year-old, told TNN that he lost his one hand in a traffic accident when he was seven years old. The courageous boy believed in hard work and started working in a tea hotel. He married at a young age and now he has four children.

Attaullah is disappointed over the fact that no one in his family supported him during his struggle and no one of them has even bothered to congratulate him over his achievement.