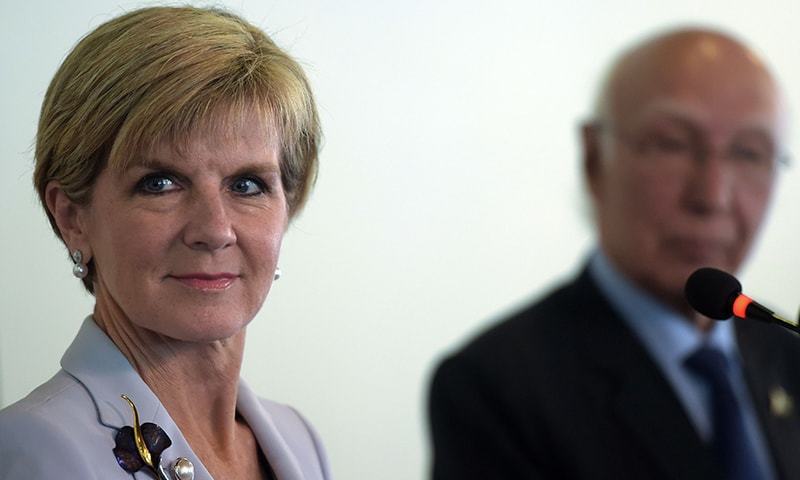 PESHAWAR, 06 May: Australia has announced an aid of 1.99 billion rupees for the development of border areas of Pakistan today.

Australian Foreign Minister Julie Bishop made the announcement during his meeting with Advisor to Prime Minister on Foreign Affairs Sartaj Aziz.

Later, talking to the media-persons, Sartaj Aziz said both the countries have agreed to work together for boosting trade and economic ties. He added that Australia would also help Pakistan in livestock sector and building water reservoirs.

The Australian foreign minister, on the occasion, said that her country appreciates Pakistan efforts to curb militancy and would extended maximum possible help in this regard.