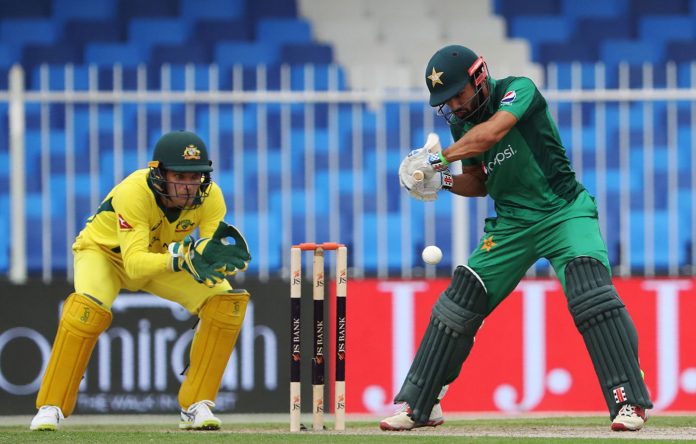 PESHAWAR: In what seemed to be a replica of the first ODI, Australia defeated Pakistan easily in the second match of the five-match one-day international series in Sharjah by eight wickets on Sunday.

On a good batting track, Pakistan again decided to bat first and posted 284 runs for the loss of seven wickets. Muhammad Rizwan was the pick of batsmen for Pakistan with his maiden ODI century. He scored 115, while captain Shoaib Malik scored 60.

For Australia, Coulter Nile and Richardson took two wickets each, while Lyon, Zampa and Finch took one wicket each.

Australia surpassed the target without much trouble again with eight wickets and 13 balls to spare. Captain Aeron Finch was again top scorer with unbeaten 153 runs, while Usman Khawaja scored 88. For Pakistan, Yasir Shah took one wicket.

From the very beginning of Pakistan inning, it looked like they didn’t get enough pace to post a massive total. Although they accelerated in the end, but the total proved insufficient. At one stage, they looked set to cross 300, but in the end they couldn’t accelerate to that extent.

Finch was declared player of the match.

“On a wicket like that, you can’t afford to take it too deep with new batters. Things are going quite well at the moment, but there are always things to improve,” he said.

Mohammad Hasnain looked impressive on his ODI debut, but he failed to take any wicket like his fellow pacemen. This fact was pinpointed by captain Shoaib Malik after losing the match. He said Pakistan’s inability to take early wickets cost them the match. “To be honest, I think early strikes in our bowling is what we are lacking. We are testing our bench strength. Rizwan has scored runs in that position, and it’s a great sign that someone is knocking on the door for the World Cup team,” he said.

It was fifth consecutive ODI win for Australia after their series win in India. They are now leading the five-match series 2-0. The third match of the series will be played in Abu Dhabi on Wednesday, March 27.