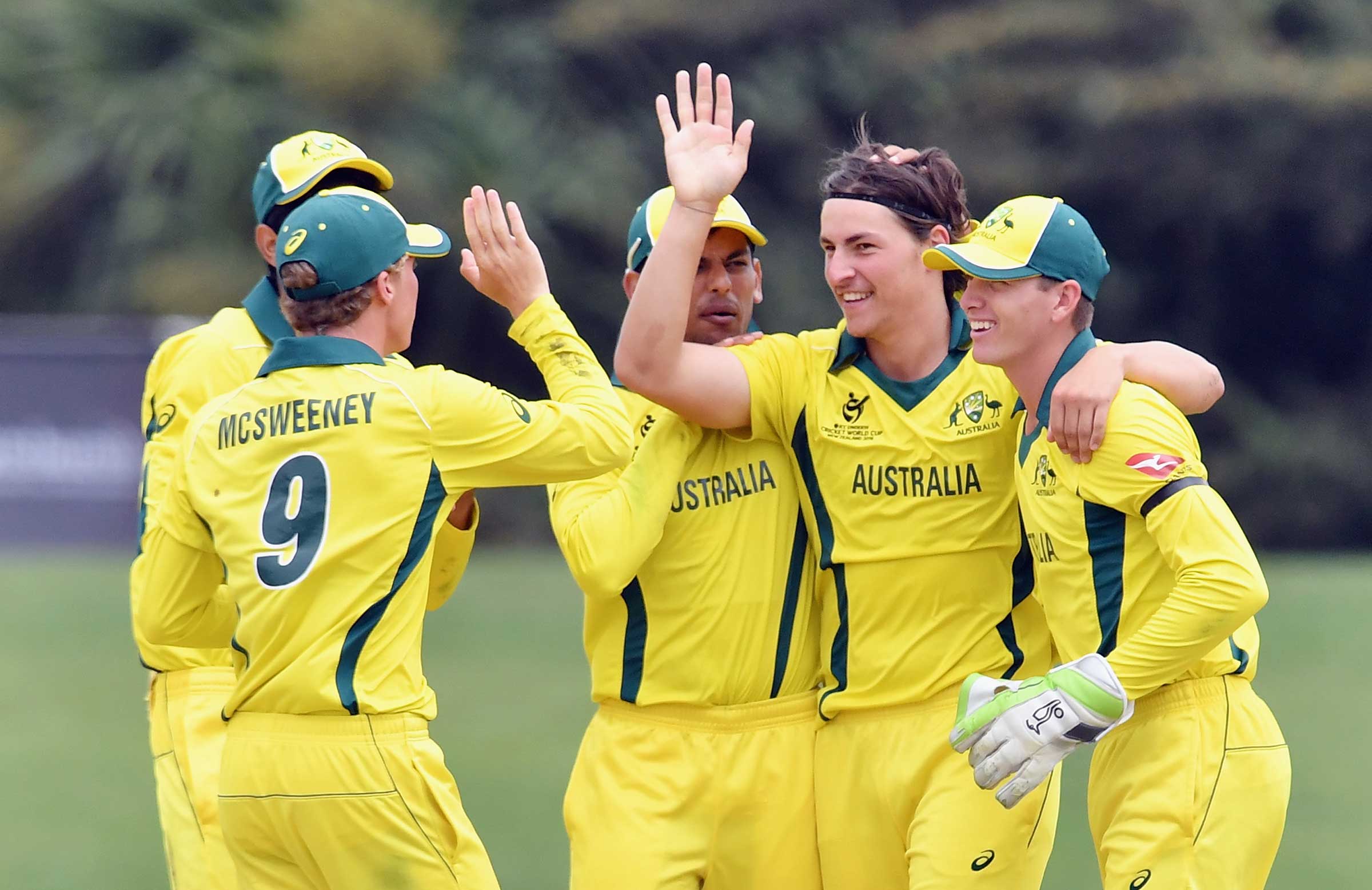 PESHAWAR, 29 January: Australia cruised into the final of the Under-19 cricket world cup by securing a convincing six-wicket win over Afghanistan in the first semi final, played in at Christchurch’s Hagley Oval on Monday.

Afghanistan elected to bat first after winning the toss but the decision didn’t suit them. The whole team was bowled out for 181 in 48 overs, setting an easy target for the Aussies. Ikram Ali remained the top scorer for Afghanistan with 80 runs from 119 balls.

In reply, the Australia chased down the 182-run target in the 37th over with more than 12 overs to spare.

The second semi final will be played between Pakistan and traditional rival India tomorrow on Tuesday. The winner will face Australia in the final on Saturday, February 3.