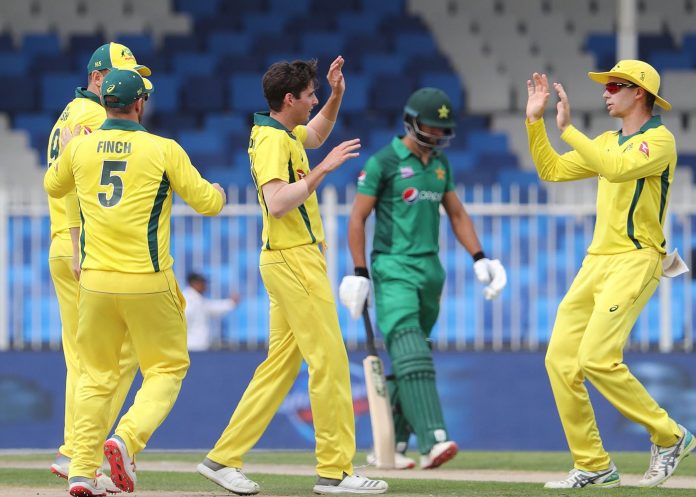 PESHAWAR: The third match of the five-match ODI series between Pakistan and Australia will be played in Abu Dhabi today (Wednesday).

The match will begin at 4:00pm (PST). Australia will be favourites to seal the series going into the third game given their comprehensive win in the first two matches by a big margin. Australia were very comfortable while chasing in the two matches and they would like to field first again if they won the toss.

Pakistan’s experiment with batting first in the two matches didn’t work and now it is likely that they will field first and try to take early wickets if they won the toss again.

All indicators are good for Australia as they are peaking at the right time before the World Cup. Their recent success in ODI series in India and now dominating wins in Sharjah even before the return of Steven Smith and David Warner have put them in comfortable position.

However, for Pakistan team led by stand-in captain Shoaib Malik, things are not simpler as half of the main players are being rested by the Pakistan Cricket Board (PCB) to test the bench strength ahead of the world event. In both matches, batsmen did not post massive total and bowlers were unable to challenge the Aussie batsmen. Early strikes were missing in both the matches for Pakistani bowlers. And now Faheem Ashraf has also been rested and he will miss the rest of tour. Questions have already been raised over the selection of the present team touring the United Arab Emirates.

The players included in the squad in place of the rested players have failed to impress so far. However, debutant Mohammad Hasnain looked good on his debut in the last ODI and he seems to go a long way. Mohammad Rizwan also was a bright spot for Pakistan and he has provided the team with an alternate wicket-keeping option along with Sarfraz Ahmed.

Yasir Shah, who was included in place of Shadab Khan, failed to impress, and Mohammad Nawaz will be feeling unlucky to miss the tour as he could have been a good option.