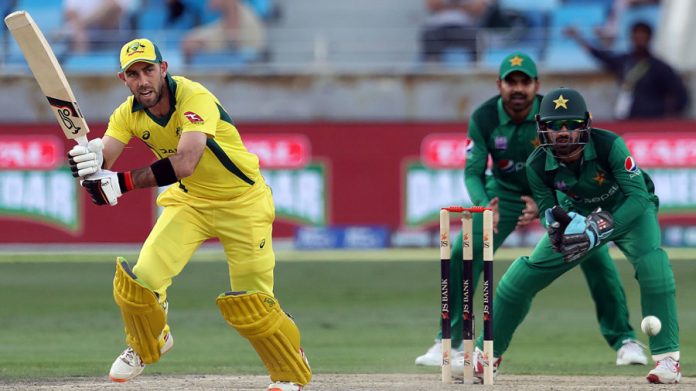 PESHAWAR: Despite spirited fight and brilliant centuries by debutant Abid Ali and wicketkeeper Mohammad Rizwan, Pakistan lost the fourth match of the five-match ODI series against Australia in Dubai by six runs and went down 4-0 in the series on Friday.

Pakistan put Australia into bat after winning the toss on a good-looking batting wicket in Dubai. Australia again posted a formidable total 277/7 due to brilliant batting by Glenn Maxwell who scored 98 and missed his century by a very narrow margin, while Carey scored 55.

Pakistan fell short by just six runs and could not surpass the total despite brilliant batting by Abid Ali and Mohammad Rizwan who scored brilliant centuries. Abid Ali, who was on his ODI debut, scored 112 runs, while Mohammad Rizwan scored 104. The rest of batsmen could not deliver and resultantly they lost the match. Pakistan ended the inning on 271/8. So once again, the lack of depth in the Pakistani batting cost them the match. At one stage, Pakistan just required 49 runs in the last seven overs with seven wickets in hand, but they collapsed in the end and their inexperience cost them.

Saad Ali, another debutant in the match, could only make 7 runs. Shoaib Malik, who was sent to the United Arab Emirates to lead the new-look team, rested himself in the fourth match and Imad Wasim was leading the side in the match.

It was first time in the series that a match went that close. The first three matches of the ODI series were won by Australia by big margin. Abid Ali and Mohammad Rizwan through their impressive performances have made a strong case for the World Cup. Abi Ali’s 112 was the top score by a Pakistani debutant.

Maxwell was declared player of the match.

The fifth match of the ODI series will be played in Duabi tomorrow (Sunday).

Australia will be firm favourites to clean sweep the series, while Pakistan will need special effort to avoid it.