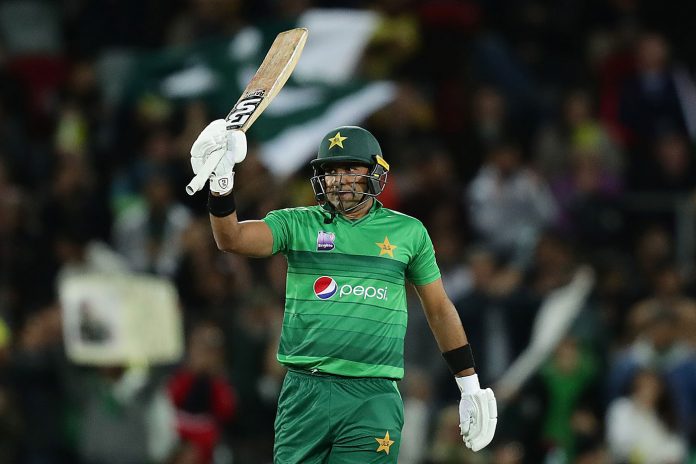 PESHAWAR: Australia defeated Pakistan by seven wickets in the second match of the three-match T20 series in Canberra on Tuesday.

Pakistan captain Babar Azam decided to bat first after winning the toss. Due to some late power hitting by Iftikhar Ahmed who scored 62 off 34 balls, Pakistan put a competitive total of 150 runs for the loss of six wickets. Babar Azam, who is top-ranked T20 batsman, was again spectacular with another 50 off 38 balls. Fakhar Zaman failed again as he scored only 2 runs, Haris Sohail was out for 6, Asif Ali scored only 4 and Imad Wasim scored 11.

Australia easily surpassed the target in 19th over with seven wickets to spare.

Stevens Smith was the pick of the batsmen for Australia who scored 80 runs, while David Warner scored 20, Aeron Finch scored 17 and McDermott scored 21.

For Pakistan, Mohammad Amir, Mohammad Irfan and Imad Wasim took one wicket each.

Australia now lead the three-match series 1-0 as the first match was not completed due to rain. Pakistan was even in a precarious situation in the first match, but rain saved them. However, it wasn’t the case in the second match. Apart from Iftikhar and Babar, no player delivered according to potential.

Stevens Smith was declared player of the match for his outstanding batting. He said it was nice to be there at the end and get the boys home. “I thought the bowlers set it up early. It was probably a 170 wicket I reckon at least. They bowled beautifully. Then it was just about timing the run and fortunately I was able to do that tonight,” he said.

Babar Azam said after the match that he was disappointed over the loss. “Steve Smith took the match away. He played a magnificent innings. It’s very difficult when we lose early wickets. We have to gain the momentum again. Credit goes to Iftikhar the way he played. It’s a good knock,” he said.

It was the sixth straight victory for Australia in T20s, their longest winning streak in the shortest format of the game. The last match of the series will be played on November 08 in Perth.