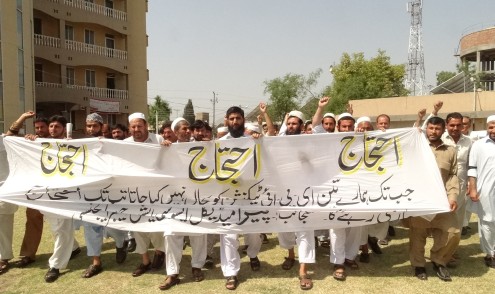 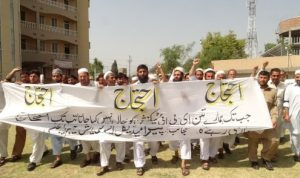 JAMRUD, June 5: The paramedical staff of Jamrud hospital staged protest for reinstatement of their colleagues in Khyber Agency.

In addition to demanding reinstatement of colleagues, they also asked the government to release salaries of six months to the polio vaccination teams.

A protester, Mr Shamil Khan Mir, told TNN, “Right now we held this protest only in Jamrud just to highlight our issue. But if the problem is not solved, we will stage protests in the entire Khyber Agency and all of the polio teams and medical staff will boycott duties.”