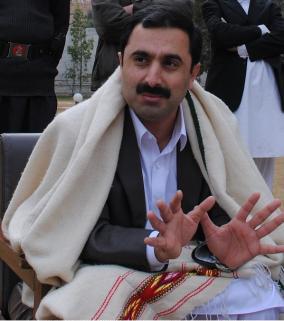 He says the authorities were conducting targeted operation in Khyber Agency because they want to minimise collateral damage. TNN correspondent interviewed the political agent over the issues being faced by the tribal families of Khyber Agency. The excerpts follow:

TNN: Could you tell us how many internally displaced persons (IDPs) have left from Bara for safer areas?

Shahab Ali Shah: Around 6,000 families have moved from Bara and Tirah Valley to other places and they have been registered. While a centre will also be set up for those people who are yet to be registered. Majority of the locals of Bara are already registered as most of them had migrated in 2009 and 2011; this is why they are provided with the relief packages while others will receive their packages after registration. In addition, relief camps have been held for the immigrants in the areas of Jalozai (Nowshera district) and Togh Serai (Hangu). At the time of departure from their native regions, the FATA Disaster Management Authority facilitates them with transport, food and other utilities and the children are administered polio vaccination as well.

TNN: The IDPs complain that the FDMA does not cooperate with them; what do you say about it?

Shahab Ali Shah: We have supported them; those people who are registered with us and are residing in the relief camps receive the aid. Along with the transport and medical facilities, the IDPs are also served with one-time cooked meals by the authorities and I myself have witnessed this all.

TNN: What message do you want to convey to the IDPs of Akakhel, Malikdinkhel, Sipah and Shalober tribes?

Shahab Ali Shah: This operation is an offensive of its own kind.There were some complications in the tribe of Sipah; that is why they were asked to leave the area. However, a targeted operation is under way in the areas inhabited by other tribes. This operation is not against the local residents of the region; that is why we want most of the people to stay in their own houses with honour, so that the operation may be carried out effectively and they may not bear any loss as well. This operation is being carried out for the restoration of peace and harmony in the region so the locals of Bara may live their lives according to their traditions. Along with the establishment of schools and hospitals, developmental projects will also be initiated. For the purpose, it is highly recommended that they should extend help to the security personnel. In addition, the local residents should fully cooperate with the security forces whenever they enter the region during the operation, so that the state writ is restored in the area.