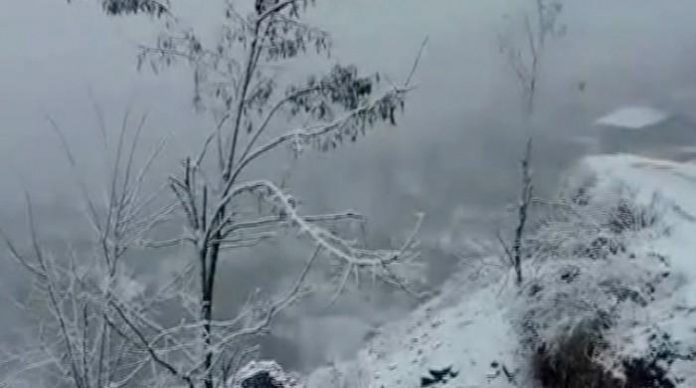 DIR UPPER: One person died and another sustained serious injuries when they were hit by a snow avalanche in Shonga, Barakun area of Dir Upper on Friday morning.

The spot of tragedy is some three hundreds kilometres from the main road, where Ahmad Shah son of Gul Zaman, along with a friend, went for hunting but trapped under a snow avalanche. Immediately after locals heard about the tragedy, 300 to 400 rescuers rushed to the scene. They managed to recover one of the men in critically injured condition but failed to recover Ahmad Shah.

While talking to the TNN the family of the Ahmad Shah told that they have tried their best but failed to recover their loving son. His family said the people of the area have extended all help and tried their best but so far, their efforts couldn’t bear any fruits. “Now there is no chance that he will be alive under mounds of snow but we want his body to be recovered.”

While talking to TNN the family asked the government of Khyber Pakhtunkhwa to extend help. The locals of the area were of the view that, If they couldn’t get the government support, they will be under a huge burden. The local asked district administration, the provincial government, the federal government and chief justice to come forward and support the bereaved family.

Ahmad Shah was a first-year student. The locals of the area were the view that they should be paid compensation as the family has no enough sources of income. His father is ailing while his elder brother also injured in the accident. Therefore, the locals requested the government to extend them all help to recover the dead body and provide them compensation.

Chie minister Khyber Pakhtunkhwa, Mehmood Khan expressed sorrow over the tragedy and directed the district administration to fasten the rescue efforts. The administration was also directed to be vigilant and extend speed support to the victims of natural tragedies in hilly areas.