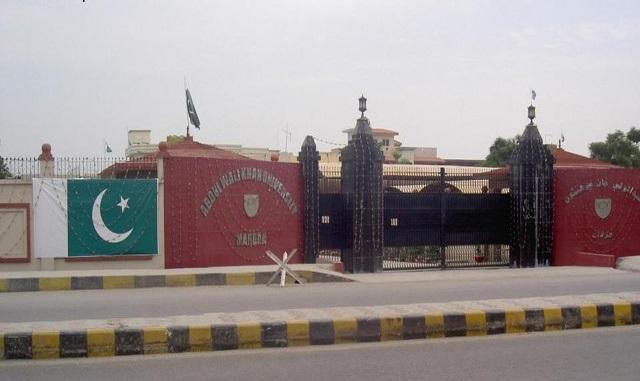 MARDAN: The syndicate of Abdul Wali Khan University Mardan (AWKUM) has taken action against 44 employees from grade-16 to grade-21 over charges of irregularities, nepotism and bribery in making appointments at the university.

Well-placed sources said it has been decided to sack eight officers from grade-18 to grade-21, demote about 12 officials and ban their appointment on administrative posts, while the annual increments of the remaining 24 accused employees of grade-16 will be confiscated.

The meeting of the university’s syndicate was chaired on Tuesday by Vice Chancellor Professor Dr Khursheed Ahmed. A former judge of the Peshawar High Court, Secretary Education, Secretary Finance and representatives of KP Governor, Higher Education Commission (HEC) and provincial government attended the meeting. The inquiry report about appointments through advertisement number 48 was presented before the meeting. The inquiry report recommended action against all the officials involved in mismanagement in appointments in AWKUM.

The probe report said the accused 44 officials had appointed their relatives on different posts illegally and some candidates were appointed by accepting bribes. The syndicate had not made its decision public as two professors have taken stay orders from lower courts, while four officials have obtained stay orders from the Peshawar High Court.

An officer affected from the syndicate decision told TNN on condition of anonymity that the decision was one-sided and it has ignored university rules completely. He alleged that action against some senior professors of the university was based on mala fide intention and the whole inquiry process was one-sided. He said those professors were also targeted in the inquiry who had nothing to do with appointment process.

The officer said strict action should be taken against officials involved in irregularities. However, he said action based on mala fide intention against capable professors is bringing bad name to the prestigious institution. He vowed to move the court whenever the syndicate decided to make its decision public. He vowed to fight for his rights at every forum.