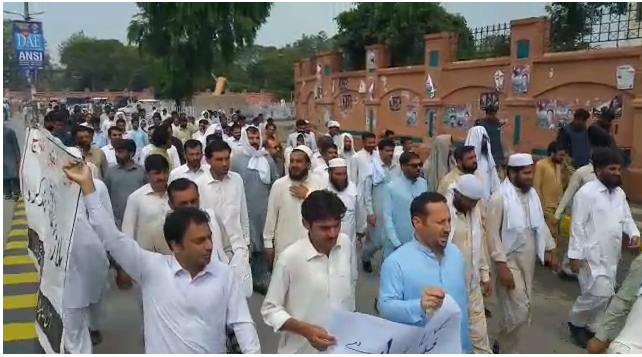 The protesters appealed Chief Justice Supreme Court of Pakistan to take suo moto notice of their termination and order the AWKUM administration to reinstate them.

The protesters chanted slogans against the administration and burnt effigy of the vice chancellor of the university.

They complained that the VC was the blue-eyed of Pakistan Tehreek-e-Insaf who misused his authority and deprived hundreds of families of their livelihood.

The protesters said that they would continue their struggle and would not take sigh of relief unless they are reinstated.

The university has terminated around 441 employees who were allegedly recruited on political basis. The university claimed that it was facing financial problems due to over recruitment and terminated services of hundreds of employees.