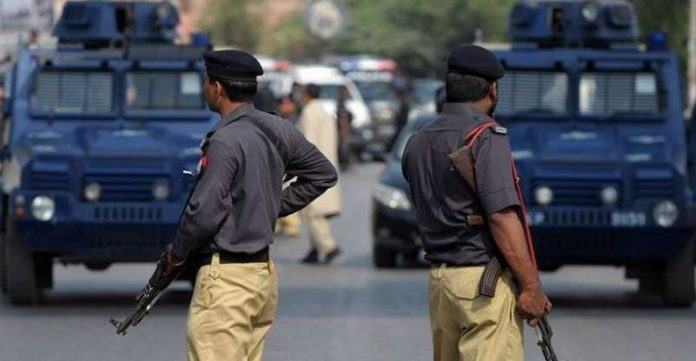 PESHAWAR: Section 144 has been imposed in Districts Charsadda and Dera Ismail Khan to prevent Jamiat Ulema-e-Islam (JUIF) and Awami National Party (ANP) workers and leaders to participate in ‘Azadi March’.

Under the order arms shops, outrageous speeches and sound system, motorcycle riding, sale of kerosene and acids will be totally banned in both the districts. Though section 144 has been enforced in Charsadda district, police say no instructions have been issued to stop or arrest the Azadi march participants.

The march announced by the Jamiat Ulema-e-Islam (F) has begun from Karachi. JUIF chief Maulana Fazlur Rehman himself has been part of a gathering in Karachi’s Sohrab Goth from where he will lead the march to Islamabad Along with him are the senior leaders of the PML-N, the ANP, the PPP and other parties.

Unlike the sit-in held by PTI in 2014, the conditions are quite different as the role of the media, in particular, has been extremely limited. On the containers of Maulana Fazl Rehman were the former chairman Senate Mian Raza Rabbani, former Governor Sindh Muhammad Zubair, ANP provincial president and former senator Shahi Syed a.

On the other hand, before the start of the march, the police and the government have also come into action. Mufti Hamidullah, a very active leader of the JUIF, was found alien and media has been directed not invite to participate in the talk shows.  While another leader, Mufti Kafayatullah, who was widely known in the media for aggressively defending his party’s statement, was taken into custody.