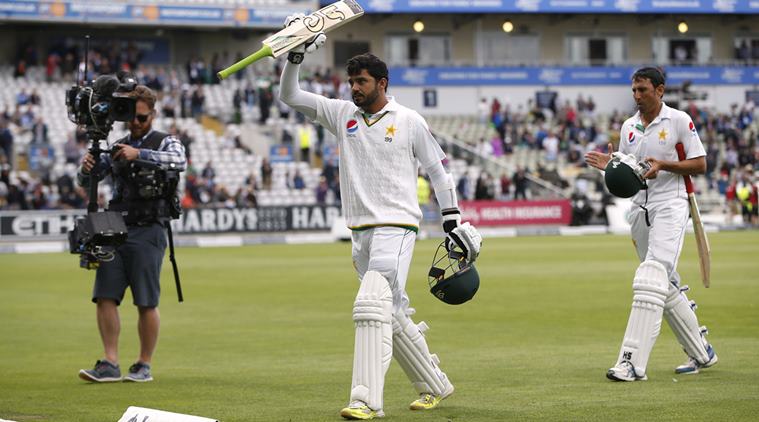 PESHAWAR, 04 August: Pakistan has consolidated its position in the Birmingham Test as Azhar Ali’s century lifted the Green Shirts to 257 for three on the second day of the match at Edgbaston on Thursday.

Replying to the host team’s 297 all out, Azhar who was dropped twice before completing his 10th Test century, shared a second-wicket partnership of 181 with Sami Aslam.

Sami Aslam was run out for 82. England made an early breakthrough with the fourth ball of the day when Mohammad Hafeez was caught at point off James Anderson for a duck.

Azhar continued to punish the England attack, hitting a total of 15 fours and one six, before edging the last ball of the day from Chris Woakes to Alastair Cook at first slip. Younus Khan was unbeaten on 21 at the close. The four-match series is level at 1-1.