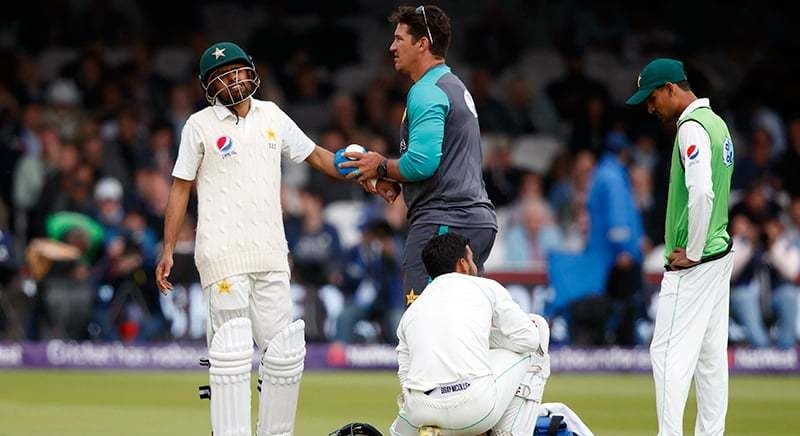 PESHAWAR: Pakistan Friday suffered a setback after batsman Babar Azam fractured a bone in his left forearm on the second day of the first Test at Lord’s on Friday due to which he has been ruled out from the reminder of the two-match series.

Babar Azam was top scorer in Pakistan’s first innings with 68 and helped his team reach 350-8 with a lead of 166 in the first innings. However, he was retired hurt after struck by a Ben Stokes delivery. The 23-year-old received sympathetic applause from a large crowd as he walked off after on-field treatment

Pakistan physiotherapist Cliffe Deacon said Babar Azam was taken off the field as he was unable to grip his bat properly.

“We decided to do a precautionary X-ray at the end of the day’s play … when we got to the hospital the X-ray confirmed that there was a fracture of the forearm, just above the wrist,” he said on the Pakistan Cricket Board (PCB) official Twitter account.

He said these sort of fractures take four to six weeks for recovery.

After Babar’s exclusion, Usman Salahuddin, Fakhar Zaman or Sami Aslam will be included in the team and the PCB says it has no intention to send a replacement.