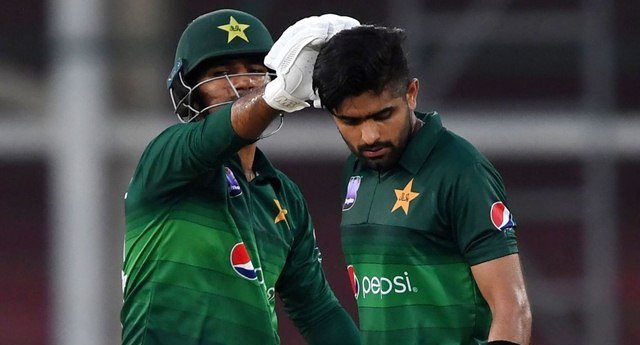 PESHAWAR: In a remarkable achievement, Pakistan captain Babar Azam is now the No.1-ranked ODI (one-day international) batsman by toppling Indian captain Virat Kohli who was on top of the chart for as long as 41 months.

The Pakistani captain has become just the fourth Pakistan batsman to attain the top ranking after Zaheer Abbas (1983-84), Javed Miandad (1988-89) and Mohammad Yousuf (2003).

Virat Kohli was enjoying No. 1 in ODIs since displacing South African AB de Villiers in October 2017 – by a point, but he dropped to 852 after his score of 31 in the second ODI and remained at No. 2 by the time of the last weekly rankings update. After his knock in the third ODI, he gained eight more than Kohli to claim top spot.

Babar Azam said this is another milestone in his career, which will now require even more hard work and absolute consistency with the bat in order for me to hold on to the ranking for an extended period of time.

The Pakistani captain said he felt privileged and honoured to have joined the company of stalwarts like Zaheer Abbas, Javed Miandad and Mohammad Yousuf, who will always be the shining stars of Pakistan cricket. Babar Azam said he had also previously topped the T20I rankings, but the ultimate ambition and goal was to lead the Test rankings, which are the real testament and reward to a batsman’s calibre, reputation and skills.

As far as progress of other Pakistani cricketers is concerned, opening batsman Fakhar Zaman has moved five steps up to gain career-best seventh position after his knocks of 193 and 101 in the second and third ODI respectively. Fast bowler Shaheen Shah Afridi, who got six wickets in the three matches against South Africa, has reached 11th place in the ODI rankings.