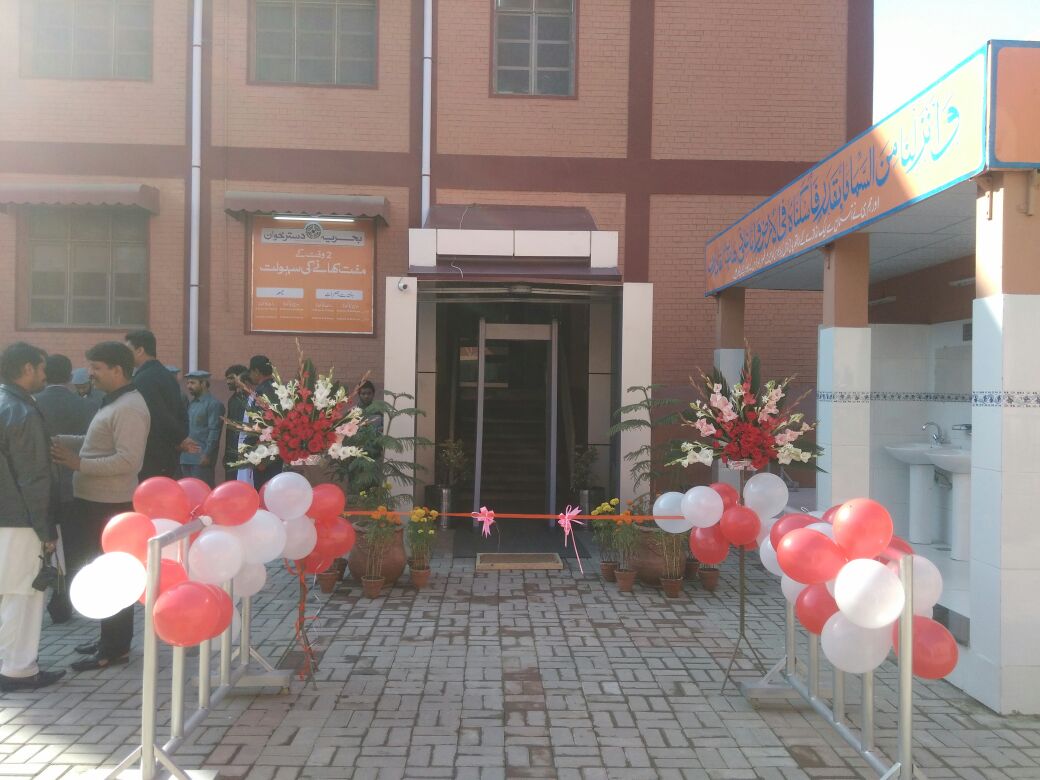 One hundred and eighty people will be served food at the Dastarkhwan at one time. Khadim Hussain, Manager of the Dastarkhwan, said two-time meal in the afternoon and evening will be provided to 2,000 people on daily basis. He said meat, pea, potato and beans will be served to the patients and their attendants.

The hospital officials told TNN that the Dastarkhwan will resolve the problem of food for poor people visiting the hospital. He said such activities will also be initiated in other hospitals of Khyber Pakhtunkhwa.

People who came to have meal at the Dastarkhwan expressed happiness over the humanitarian initiative and said such activities should continue to serve the deserving people.

“It was a very good lunch here and the quality of food was very good. We are poor people and can’t afford to buy food for us. This programme should continue,” a woman who had lunch at the Dastarkhwan, told TNN.

Another woman said she came from Charsadda and was pleased to see that poor people were getting free of cost food.

“Allah will be pleased with these people who are helping the poor people,” she said.