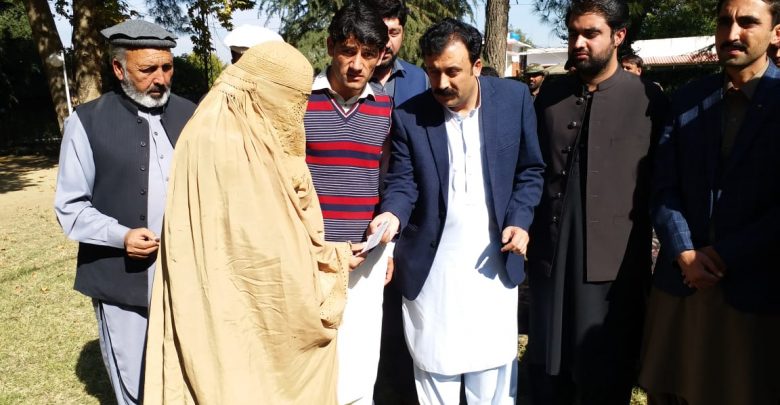 KHAR: District administration on Tuesday compensated families of seven Levies Personnel under Shuhada package who were martyred in a bomb blast.

The cheques were given during a ceremony held at Civil Colony where members National Assembly Gul Zafar Khan, Gul Dad Khan and officers of district administration were present.

The compensation were given after affected families started protests against the administration who were not releasing the amount without any reason. The levies were martyred along with tehsildar Fawad Ali Shah in a bomb blast that hit their convoy last year.

Addressing the participants, Deputy Commissioner Usman Mehsud said that sacrifices of the Levies personnel would be remembered in the history and promised to equip the force with modern weapons.