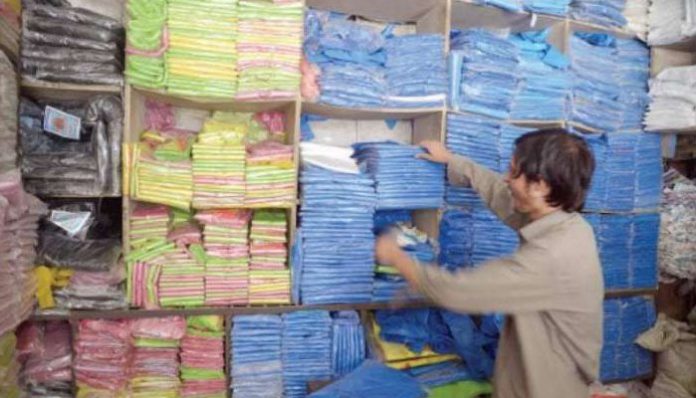 PESHAWAR: Like other districts of the province, the administration in Bajaur has also launched operation against plastic shopping bags on Tuesday on the direction of Khyber Pakhtunkhwa government.

The Bajaur district administration has informed the media that a huge amount of plastic bags have been seized and directed the shop owners to use only biodegradable plastic to keep the environment clean.

Assistant commissioner of Bajaur district Habib Ullah Khan told the media that the shopkeepers were given a deadline to voluntarily clear all the stock of plastic bags otherwise action will be taken against them. He added that the crackdown was launched only after they failed to comply with the order and stop the use and trade of plastic shopping bags in the district.

He told that a number of teams comprising officials of the district administration and Levies force have been formed to visit every shop of the district and check the plastic shopping bags there.

The Khyber Pakhtunkhwa government in the province has already imposed a ban on the use and trade of plastic bags. In this regard, strict directions have been issued to all the districts administrations to carry out a crackdown against the use of plastic bags. Biodegradable plastics bags have already been introduced in the market to be used instead of plastic shopping bags which are considered as hazardous for the environment.