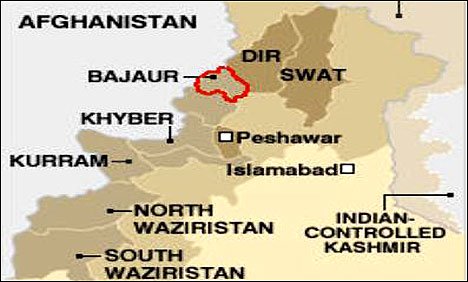 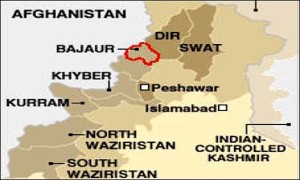 KHAR, July 15: Tribal elders of Loay Mamond tehsil of Bajaur Agency held a jirga with security forces and local administration, after which families were allowed to go back to the five villages, which had been vacated for military operation a day before.

Administration officials say the jirga was held in agency headquarters Khar, where officials of the political administration and security forces and tribal elders were present.

The elders assured cooperation with the government and to re-establish peace committees in their respective areas.

The administration officials say the Mamond tribe had claimed in the jirga that they would take care of Afghan border areas and would not allow miscreants to stay in their areas. They also assured that the residents, who supported antisocial elements, would be punished.

On 14 July, the security forces asked residents of five villages of Loey Mamond tehsil to vacate their areas, including Katkot, Nakhtar, Mulla Kalay, Ghakhi and Guwati for targeted military operation.