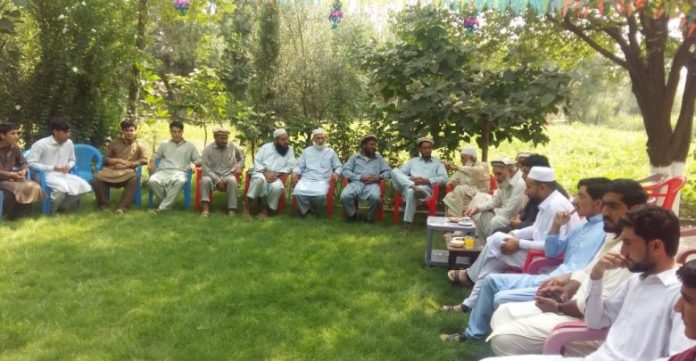 KHAR: A Jirga of tribal elders organized by Jamiat Ulema-e-Islam-Fazl (JUI-F) in Bajaur tribal district on Saturday demanded abolition of 25th constitutional amendment under which the erstwhile FATA was merged with Khyber Pakhtunkhwa province.

The Jirga was attended by a large number of tribal elders from all over the merged districts.

The JUI-F leaders said erstwhile FATA was merged with Khyber Pakhtunkhwa without the consent of the people of the area and the merger was imposed on them without their will. They said the status of the ex-Fata should be restored and the 25th constitutional amendment withdrawn. They asked the government to stop establishing police stations in merged tribal districts, saying it was against tribal culture and traditions.

The tribal elders asked the government to strengthen the Jirga system resolve the issues among the tribespeople. The elders demanded that the identity of the tribal people should be restored by restoring the previous status of FATA.

Erstwhile Fata was merged with Khyber Pakhtunkhwa with 25th amendment to the Constitution of Pakistan after a large consultative process upon which almost all major political parties of the country agreed, except for the JUI-F, which vehemently opposed the new system and since then it is constantly demanding reversal of the amendment. Proponents of the merger say it will ensure swift development and those opposing the merger are doing so because they were the beneficiaries of the obsolete system.

Three years after the merger, the government is yet to release the promised funds, particularly the 3 percent share in the National Finance Commission (NFC) for the merged tribal districts. The anti-merger people are constantly holding Jirgas and protests reminding the government about its pre-merger promises.