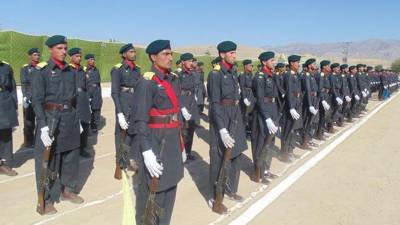 KHAR: Bajaur district administration announced to provide modern training to Levies force and equip it with a state-of-the-art weapon to ensure maintenance of lasting peace in the area.

This was stated by Assistant Commissioner Bajaur Tribal district Anwarul Haq while addressing a function held here in connection with pinning the badges of promotion to the Levies personnel at district headquarters Khaat on Thursday.

He lauded the services of the force for restoration and maintenance of peace and writ of the government in the district and said that after the merger of FATA with Khyber Pakhtunkhwa, Levies personnel would able to get ‘Shuhade Package’ equal to others forces.

He said that sacrifices rendered by the force in fight against militants would not be forgotten and hundreds of jawans have laid their life for this country and its people.