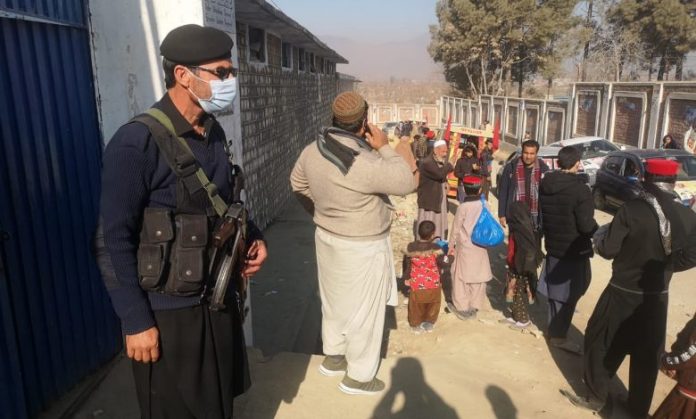 Bajaur police 52 personnel are working at the homes of retired and serving bureaucrats instead of performing their duties.

Sources said that this practice dated back to the pre-merger days, when political agents when posted out from the district also took some levies personnel with them.

“Those days, levies personnel were assigned to Fata Secretariat and bureaucrats for security and domestic work,” a source said.

However, more than three years after the integration, these personnel are still working as house help to these influential bureaucrats.

A Bajaur police official requesting anonymity said that currently 52 police personnel were serving with retired and serving bureaucrats as house help. “These personnel are either working in kitchens or guarding officers’ residences,” he said.

The official said that these officials were properly trained and could protect lives and properties while on their job.

A cop who works at the residence of a bureaucrat told TNN that at the height of militancy, levies personnel used to happy for such duties due to threats on their jobs.

District security situation, over past many months has witnessed disturbances including targeting of elders. Though Bajaur district’s police strength stands at around 2400; however, many of them rarely attend their duties and remain absent from their job.

Similarly, he said, many other political leaders and tribal elders were also targeted.

Details obtained under the Right to Information Act 2013 showed that 54 incidents of murder have taken place in the Bajaur during the current year so far.

He said that following the merger, integration of levies into police, their training and restricting was a difficult task.

DPO Bajaur said that they were addressing their technical and other issues in a gradual manner. On the other hand, the official said that it was difficult for them train and absorb the absent officials into regular police force.

However, he said that whenever they tried to take action against absent personnel, anti-merger elements create problems for them.

He said on the other hand, there was not a single female constable in the entire district, which was causing problems for the in women related cases.

DPO Bajaur said that when they advertised female cops’ vacancies sometimes back, only one woman applied for the posts. “Unfortunately, she was a non-local,” the official said.

He said that whenever police have to arrest females, they hired services of nurses from local hospitals for the purpose. “In case of raids, we call for ladies police constables from Dir or Swat,” the officer added.