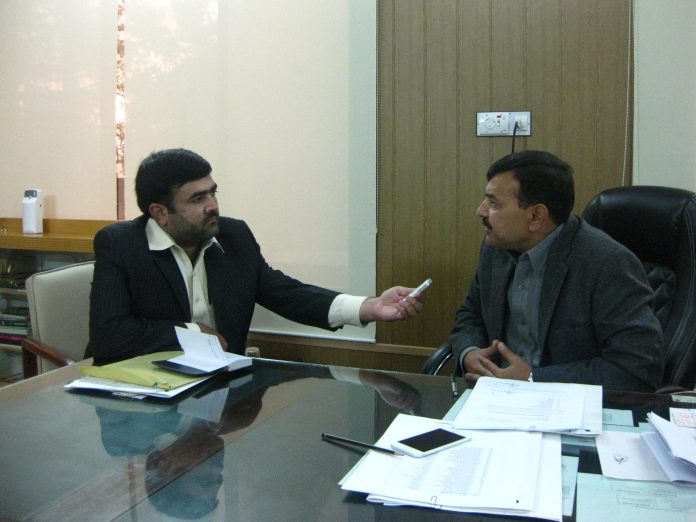 PESHAWAR, November 30: Few days ago, police had recovered 36 girls from a congested house in Karachi. Twenty among these girls belong to Bajaur Agency. According to police, a madrassa teacher had handed over these girls to a person for their look after to settle a debt issue.

These girls have now arrived at their homes after being transported to Peshawar from Karachi through a plane. TNN correspondent Hanifullah in a chat with Bajaur Political Agent Muhammad Yahya Akhunzada has ascertained facts behind the whole episode and the government’s planned steps to avoid such incidents.

TNN: What is the exact number and ages of these female students?

Muhammad Yahya Akhunzada: There are total 36 girls. One girl belongs to Lower Dir and the rest hail from Bajaur Agency.

TNN: From which areas in Bajaur Agency these girls were sent to Karachi?

TNN: Have you contacted parents of these students?

TNN: Wherefrom this teacher has come. Is it true that she also owns madrassas in Bajaur.

Muhammad Yahya Akhunzada: She belongs to Samarbagh area of Lower Dir. She owns madrassas in her area but she owns no madrassa in Bajaur.

TNN: Is it true that these girls sold?

Muhammad Yahya Akhunzada: There is no truth in this assumption. If these girls were sold, then that man would not have been gathered local people to give food to these girls. When the girls are sold or kidnapped then they are kept secret, but that wasn’t the case with these girls. It was a debt issue which ultimately led to this episode.

TNN: What measures will you take to avoid such incidents in future?

Muhammad Yahya Akhunzada: We have also received instructions from the governor for registration of all madrassas. Instructions have also been given to get details of the children going outside Bajaur for religious education. We will register their names, addresses and the names of their madrassas. In this way, we will have all  the required information to avoid such incidents in future.