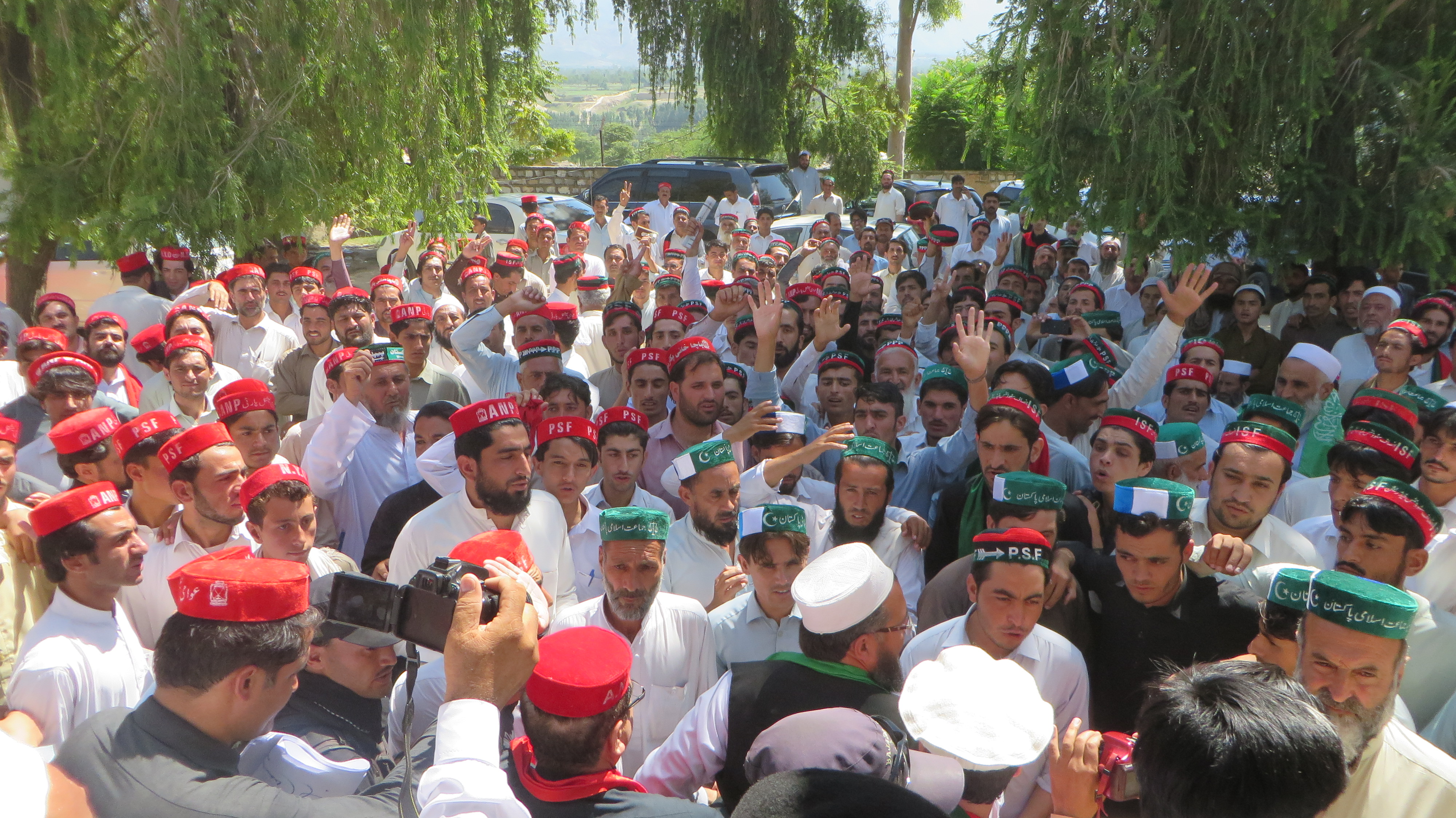 KHAR, 03 September: Political alliance in Bajaur Agency on Saturday organized a rally from Press Club to Khar bazaar in favor of FATA merger in Khyber Pakhtunkhwa (KP).
Political Alliance Chief in Bajuar Agency Haji Said Badshah headed the rally which was attended by local leadership of political parties  and a large number of Khar residents.
Addressing the rally, speakers demanded of the federal government to announce the integration of FATA into Khyber Pakhtunkhwa within one year and conduct local government elections in the region.
The speakers said that they did not want the local government system which was introduced by president Musharraf in FATA beacause it meant to serve the administration instead of people. They said that independent and fair local government  system should be introduced  in FATA wherein the local government representatives  could erve the people in letter and spirit.
The political leaders said that they would participate in the grand rally of FATA Political Alliance in favor of FATA merger with KP which is scheduled to be held on September 08 in Peshawar.
The speakers who addressed the rally included Bajaur Political Alliance General Secretary Khan Bahadur, Senior Vice President Qari Abdul Majeed, Aurangzeb Inqelabi, Gul Afzal and others.